Tuesday, 02 October 2012
2
Al Maiorino
Tension between developers and opposition can stall or even stop a project completely. NIMBY stands for “Not In My Back Yard,” and Nimbys represent groups in communities who debate over nearby developments. Often, these particular groups dispute projects regardless of their nature and apparent benefits; the fact that a development might enter their community spurns Nimbys to action. 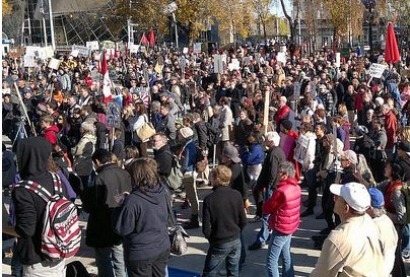 This characteristic can be frustrating for developers and community members who support growth and see the many benefits a new project could bring.

Regardless of industry, a NIMBY problem is serious since it threatens to stall a project, cancel a project, or face defeat by the governing bodies overseeing the proposal. As a result, it is imperative that companies know how to understand, successfully communicate, and reinforce project benefits to Nimbys.

Playing defense doesn’t work – waiting for a problem to arise, and then addressing it doesn’t help subdue opposition to a project. Being proactive with the right message will cut off opposition from the day you announce.

Run a political style campaign. It often works for the opponents. A real grassroots campaign involves identifying supporters, opponents and undecided households in a jurisdiction, and reaching out to the supporters to assist with letter writing, hearing attendance, and being third party spokespeople. Different messages can be tailored to undecided households as well, to sway them.

There are also a number of rules a company can follow in running an effective campaign. For example, educate first, then you can identify. Don’t try to identify supporters of your project until after a fair amount of education. For one, you will have a lot more supporters if you disseminate facts for the project first, thus maximizing you’re spending. Identify supporters and code them into a database.

Whether it is through direct mail, social media, radio, phone calls or e-mail, having lists of supporters or undecided residents lying around on paper doesn’t do your campaign any good. Also by getting your supporters into a database, you can then separate them by town, county and legislative district for effective grassroots lobbying.