Beyond the Pledge: Ensuring Renewable Projects Receive Approval in 2016

Tuesday, 02 February 2016
0
Al Maiorino
With the close of the Paris Conference on Climate Change, a renewed focus has been placed on expanding the usage of renewable energy resources throughout the globe. As 2016 progresses, many political leaders and heads of state have publicly reaffirmed their commitment to this goal. 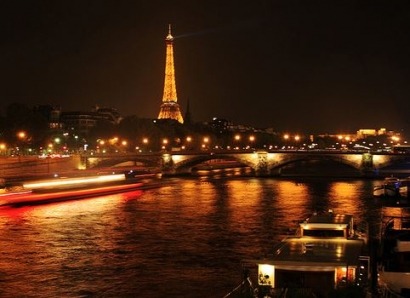 Within the United States, governors from Peter Shumlin in Vermont to Jerry Brown in California unveiled a host of initiatives aimed at increasing their state’s utilization of renewable resources. Both Shumlin and Brown praised the solar industry, and reiterated their continued commitment to its expansion through both rooftop and larger scale projects. Additionally, Brown presented in his inaugural address a goal for the state of California to source 50 percent of its energy through renewable resources by the year 2030.

In pursuit of the same goal for the state of New York, Governor Andrew Cuomo introduced a $5 billion clean energy fund to spur investment in the renewable energy industry. Cuomo’s proposals included a plan for 300 new wind turbines in the state, and a master plan charged with directing future offshore wind projects.

Internationally, the premiers of Alberta and Manitoba announced a partnership aimed at expanding their provinces utilization of renewable resources, while delegates from more than 170 nations attended the fourth annual Abu Dhabi Sustainability Week. In the keynote address at the event, Mexico’s President praised the renewable energy industry within his country while reaffirming his commitment to 35% renewable energy by 2024. Russia also unveiled a plan to kickstart its renewable energy sector, promising to increase it tenfold by the year 2035.

In addition to Russia and Mexico, a variety of Middle Eastern nations committed to the expansion of renewable energy within their borders. While goals for the region varied, from a target of 15% by 2030 in Kuwait to 30% by the same year in Egypt, these nations too have demonstrated their commitments to expanding utilization of renewable resources.

Despite the good intent communicated by these pledges, some opposition to these goals is sure to remain as projects are proposed. The potential aesthetic or ecological downsides of projects built to achieve these renewable energy targets may garner opposition from members of the communities in which they are proposed or among particular local interest groups. In order to overcome these obstacles, companies pursuing the goals outlined by these leaders should focus on community outreach and building public support for these projects.

In their attempts at community outreach, many large-scale projects struggle to maintain continuity of vision and message, often due to the complexities inherent in their proposals and the ebbs and flows of the approval process. For this reason, it is important to organize attempts at political, stakeholder and citizen engagement behind a unified strategy, with a coherent central vision throughout the entire approval process.

The most successful grassroots organizations utilize a predetermined strategy employed from the moment a project is announced to spread awareness of the proposal and the benefits it will bring to a community. A successful strategy will be multifaceted and centered around three key concepts; identifying third party stakeholders, engaging and educating the community both individually and in group settings, and maintaining a strong digital presence relating to the project.

In all attempts at building public support, it is essential to gain an understanding of local stakeholders’ interests. Identify groups and organizations whose mission aligns with the benefits of the renewable proposal. Environmental groups, neighborhood associations and taxpayer groups are all examples of stakeholders that should be informed of project details to elicit support.

Additionally, identify the citizen population in a community that is most likely to support the proposal. A vast amount of data exists to identify households by political affiliation, age, income, voting history, and other demographics. Use this to a campaign’s advantage by building a database of likely supportive households and append telephone numbers and email addresses to prepare for outreach in a highly organized manner. Maintaining a database in this way allows for more precision in targeted communication efforts. As supporters are identified, they should be coded for support level and followed up with for letter writing and attendance in support at hearings.

Creating a database of likely supporters makes outreach and education exponentially more effective. Tools such as targeted mailings, calling campaigns, and even door-to-door canvassing can then be used to engage and educate community members regarding the project. Often, the first community members to oppose a project are those in its immediate vicinity, an example of the Not-In-My-Backyard (NIMBY) attitude that serves to derail countless renewable projects.

However, many community members located further away from the project site are more likely to welcome the potential benefits, such as jobs and revenue, that such a project will provide. Identifying and educating residents throughout the community, both individually and in group information sessions, is therefore key to building public support for a renewable energy project.

While the importance of personal outreach cannot be overstated, equally key to building public support is an effective digital presence. The first key to effective online outreach is a project-specific website, designed both to enlist the aid of supporters and to provide information to both the public and the media about the project. New supporters can be identified through a signup page that gathers e-mail addresses for regular contact and calls-to-action. However, an effective digital presence goes beyond simply maintaining a website.

In order to build public support, social media should serve as both a means of engagement and education for the community regarding a project. An October 2015 Pew study showed 65% of American adults are regular users of social media, while 39% utilized social media as a means for political or civic engagement in the past year. Social media, through targeted advertisements and public calls to action, therefore represents an important segment of any targeted community, and it serves as an effective means of personal engagement with these stakeholders.

Ultimately, the goal of this outreach is to build a network of supporters that is willing to respond to calls-to-action, such as writing letters or attending hearings, to help renewable proposals to obtain approval. Heads of state that announce new benchmarks for the industry’s growth play a critical role in expanding a state or country’s energy portfolio. However, only once local communities are on board will specific proposals have a chance to be built as a means to help achieve these goals.