Tuesday, 03 July 2012
1
Al Maiorino
Like many, Al Maiorino sees Denmark as a flagbearer of renewables and a country whose example we should all follow, despite its size. “Denmark’s example of being friendly towards clean energy may be a step in the right direction to improve the environment and protect our planet,” Al points out. 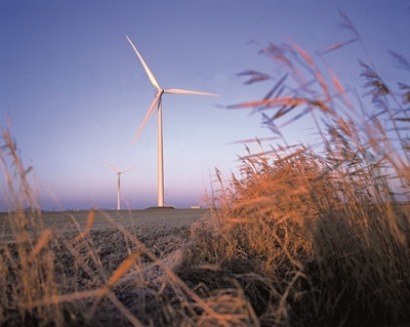 It’s no surprise when the United States makes headlines for its advancements in the field of solar, wind, or other forms of renewable energy.  After all, for the past century, the United States has had a reputation for being a leader in innovation. Now, in 2012, the world is a much smaller place than it used to be. Advancements in knowledge and technology are changing the field of energy at a rapid-fire pace. Yet it seems like the United States is still divided on how to proceed with clean energy initiatives. If the international community is to continue to view us as a forward-thinking country, how can our attitudes as a nation toward clean, renewable energy be so far from agreement?

To learn more about what obstacles America still faces to a renewable energy future, I examined other countries around the globe to find countries that are successfully implementing renewable energy measures, and how they are able to implement them. Surprisingly, one of the most successful pioneers of renewable energy worldwide is The Kingdom of Denmark. Denmark is a Scandinavian country in Northern Europe that has a population of approximately 5.5 million. Although it is has been a member of the European Union since 1973, Denmark’s most significant contributions to the energy world were and are by far those it accomplished on its own.

Within the last 15 years, Denmark has invested more money into wind energy than any other country in Europe. It gets 19 percent of its energy from wind. Even more startling, just this year the Danish government adopted resolves to increase this number to fifty percent by 2020. In addition, Danish companies control almost half of the global wind market. How does such a small country become a giant in the renewable energy world? Well, the answer has several components.

History: The energy crises of 1973 and 1979 had made Denmark overly reliant upon coal-fired electrical power plants. When carbon emissions became an issue of concern in the 1980s, the Danes made the choice to switch to wind energy, since energy costs were going to rise no matter what they chose.

Technology:  The long history of developing wind energy (the first turbine to generate electricity was built in 1891) has given the country time to perfect its approach and technology.

Politics: The Danish government has been consistently supportive and understanding of the need for developing renewable energy sources.  As Lykke Friis, a spokeswoman of the Danish Liberal Party stated, the government has a clear plan to severe Denmark’s dependence on oil as a matter of proactive financial planning. An investment subsidy was introduced in 1979 that covered 30 percent of investment costs. Once the industry took off, the government subsidies were no longer necessary.

Education:  Although 75 percent of wind turbines are privately owned today, the government is still heavily involved in supporting research and development. Denmark understands the importance of providing access to research-based education at a high level for scientists and engineers. Danish research institutions constantly provide the industry with knowledge used to improve and advance clean energy initiatives.

Many of these factors seem obvious, and it seems like many countries, including the United States satisfy at least some of these qualities. So what’s the difference? In Denmark, there is one peculiar quality that has been consistently present in Denmark, but is lacking in the USA:

Public Support:  The Danish Wind Industry Association conducted a survey in 2009 to evaluate public opinion toward the local wind energy industry. This survey revealed that 91% of the population was in favor of expanding Denmark’s use of wind energy. Furthermore, 85% were neutral regarding wind energy expansion in their local communities.Not to mention the majority of Danes believed that more than half of the country’s electricity should come from wind energy. Into 2012, and public support for the wind energy industry is stronger than ever in Denmark.

So is public support or rather, lack of public opposition, the reason why wind energy is so successful in Denmark? Or is there some other motivation? Maybe it’s both. Whatever the reason, one thing is clear – public support is essential for moving toward alternative energy sources. The people of Denmark encourage wind energy development, which helps the government shape policies that are benefit the renewable energy industry. The industry, in turn, provides the nation with relatively inexpensive clean energy. Following Denmark’s example of being friendly towards clean energy may be a step in the right direction to improve the environment and protect our planet. Perhaps other major players in the global field of renewable energy (United States included) could learn a lesson or two from Denmark and its people.