Wednesday, 02 September 2015
1
Al Maiorino
Despite the broadening energy portfolios of states and nations across the globe, it is still essential for companies proposing individual renewable energy projects to build public support in order to achieve the approvals they need to proceed. 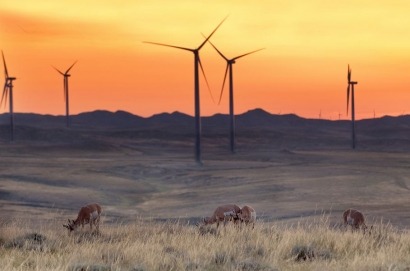 All land use is political, and as a result, renewable projects that generate an interest in theory at the outset are often rejected in practice when it comes time to obtain necessary permits. To prevent costly delays, companies should prioritize mobilizing the often supportive but silent majority to sway elected officials and public opinion in favor of project approval instead of leaving this task as a ‘Plan B.’

Public support helps to prevent not only project delays but also to protect a proposal from cancellation. Brookfield Renewable UK’s eight turbine wind proposal in Larbrax, Scotland is one such wind project that has succumbed to a vocal opposition.

The 20 MW wind farm was voted down by the Dumfries and Galloway Council due to adverse visual impacts despite the long term economic benefits posed for the area.

Similarly, a wind proposal by Volkswind USA is being protested in Nebraska by the Stop Hellam Wind grassroots group, which represents 130 community members who would be affected by the project. The group is advocating for regulations that aim to scale the proposal back, and these regulations will be finalized by the Lancaster County Board next month.

Advocacy by this group for proposed noise limits, setbacks and shadow flicker regulations make it unclear as to whether the project will be able to proceed, despite the fact that over 50 property owners have signed leases for turbine placement.

Controversy aside, support does exist for the proposal by those who describe harvesting wind as an agricultural activity. Farmers looking to lease the land and at least one planning commissioner agree that the County should not prevent this form of agricultural activity by setting the most stringent regulations in Nebraska.

Whether a renewable proposal is defeated in the local approval process or scaled down by crippling regulations, what many projects lack is an organized and consistent grassroots effort to build public support to prevent this fate from occurring. Too often, opponents put companies on the defensive.

However, by educating communities about the benefits of a renewable project from the moment plans are announced publicly, myths will be dispelled and supporters will be willing to speak out on behalf of the project. This proactive effort prevents the loss of millions of dollars in investment and months, or even years, of time—both of which can be extremely costly for most companies to endure.

To build public support, it is important to look at the common themes that often make opponents successful and examine ways to strategically implement grassroots tactics into any renewable campaign aiming to identify, engage and mobilize positive voices in the community.

Personal Interest vs. the Common Good

The first community members to oppose a renewable proposal are often the ones in its immediate vicinity as it is in their personal interest to protest the aesthetic changes that would result. Yet there are many other community members located further away from the project site that are likely to welcome the jobs, revenue and clean energy that the proposal will bring to the community as a whole. The key is to educate those who are most likely to support the proposal through an analysis of geographical or demographic factors. Following this analysis, educate the target populations on the benefits this proposal will bring for the common good of the community through direct mail, press releases, and brochures.

An open house event is one additional way to engage the entire community in a one-on-one format with project experts who manage separate stations on various aspects of the proposal. This event allows opponents, undecideds and supporters to learn more about the project without interruption that can result from a presentation-style event, which can easily be derailed by protesters. These project education efforts often build support amongst undecided community members who ultimately desire the greatest common good that would result from the long term benefits of the proposal.

It is essential to carry out the task of building public support in a highly organized manner. Companies can create an advantage by following up with those to whom materials are distributed to identify tangible support in a systematic way. The creation of a database allows them to do exactly that.

Once outreach has been made through the various education techniques described previously, it is essential to organize all voters or households into a database that has email addresses, telephone numbers, addresses and various other demographics appended. This way, identification can take place in a systematic way, rather than relying on supporters to take the initiative to come to the company to relay their support.

Telephone identification utilizes a short script to gauge individual level support over the phone, and all supporters, opponents and undecideds can then be coded into the database as such. This enables renewable companies in the later stages of the approvals process to mobilize specific legislative districts to action if, for example, a particular elected official needs encouragement from her/his constituents. This level of precision gives renewable companies the advantage early on in campaigns.

Without doubt, residents against a project usually demonstrate a strong social media presence from the start. Their numbers often grow rapidly and the only digital support that exists to counter the negative online presence is in the form of individual supportive comments on news articles about the proposal. However, by drawing upon supporters in the database, and actually meeting with them in a small group setting, supporters can be encouraged to get involved in a renewable company’s digital strategy.

Supporters and/or renewable companies should be encouraged to start their own Facebook page to promote real-time updates and project facts in easy to retain soundbites. Organic growth of support will result as peer-to-peer sharing takes place.

For companies that start their own Facebook page or Twitter account on behalf of the proposal, paid advertisements or “boosting” on these platforms can help spread the word effectively at a low cost. Geo-targeting of these ads allows content to be displayed for social network users within a particular radius of the proposal or with particular interests that make them more likely to support the cause.

A company’s digital strategy is also not complete without a project-specific website. This website should be full of supporter resources to help them become advocacy leaders, engaging others in the community to support. In addition, the website should clearly delineate the project benefits and provide in-depth analyses by third party groups to back up the facts and dispel myths. Finally, the website should have a landing page that allows new viewers to sign up for project updates and get involved in advocacy efforts.

What sets winning renewable energy proposals apart is a group of supporters willing to write to public officials and newspapers in support of the project and also provide comment at public hearings. Even a few supportive voices can make a compelling case and therefore, a big difference. With the aforementioned steps, companies can effectively engage supporters to the point that they are ready and willing to speak in favor of a renewable proposal as needed. As small group meetings continue to take place throughout the campaign, they can take on the form of letter-writing drives or rallies to demonstrate that significant community support exists. Then when it comes time for a public hearing, supporters will be prepared and confident in their ability to speak to the proposal’s merits. Public officials will be more likely to approve projects that display this kind of tangible support, saving companies years of time and millions of dollars in investment.

Tags: Wind , Renewable energy , Jobs , Saving
Add a comment
Rick
For wind projects to be successful they need to work within acceptable local setbacks period. You can have all the general public support in the world so what? The people that count are the people that live within the project footprint. If they suffer from effects imposed by your project and are not fully compensated, then you are building a bad project.
emily folk