Defining the Benefits of Renewable Proposals to Drive Public Buy-In

Thursday, 05 May 2016
0
Al Maiorino
In the United States alone, wind power supported a record 88,000 jobs at the start of 2016 according to the new U.S. Wind Industry Annual Report released in April by the American Wind and Energy Association. 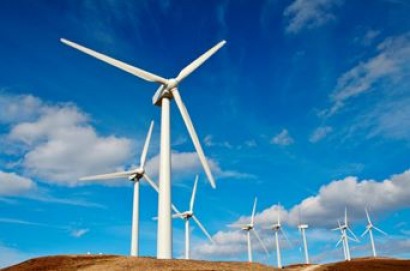 This growth marks a 20 percent increase in jobs supported by the wind industry from 2014-2015, and solar and other renewable sources are growing steadily in terms of the economic benefits they bring as well. The Solar Foundation reports that U.S. solar employment represents three times as many workers as the coal industry.

With benchmarks to increase renewable energy installation in countries across the globe, enormous potential exists in the decade to come for job creation along with revenue generation in all renewable sectors.

Many audiences are aware of the environmental benefits of renewable energy projects, and they often have an inkling about the potential for economic development too, as a result. However, as companies propose to build new projects, it is essential that they make an effort to inform the community of the direct impact the renewable proposal will have on their city or town and county.

For example, informing the community that a wind project will create 200 local construction jobs and generate hundreds of thousands of dollars in tax revenue or PILOT’s incentivizes their basis for support. Facilitating an understanding of the benefits to drive public buy-in should be part of the investment any company seeks to make in a locality anywhere. Otherwise, opponents who fear aesthetic changes and support myths will drown out the benefits with their case to stall installation.

Communicating the benefits of renewable projects requires companies to make a formal introduction of a project to the community and then follow up with details on a variety of platforms to enhance recall and recognition. This carefully planned process allows the benefits to then be communicated among peers throughout the town. The following tactics offer ways to strategically introduce and promote proposals to ensure public support is built effectively for timely approvals later on.

A data-centered campaign is most effective for any campaign objective, whether the aim is to gain a straightforward approval from a local permitting authority or to win a more complex town-wide vote. Create a database of registered voters and code those most likely to vote by checking voter history in previous local elections.

Append phone numbers and email addresses as they are obtained, and code supporters, opponents and undecided as they are identified. By coding for district, a campaign can preserve resources by targeting officials wavering in their support to sway them in favor of a proposal. This database will then guide all traditional and digital outreach upon launch of the campaign.

A press release should be used to announce the proposal and facilitate editorial board meetings with local newspapers to help spread awareness of the project and its benefits. Following up with direct mail and telephone identification calls to all households in a target area is important to reinforce awareness of this new renewable project.

A community open house event is another tactic that enables community members to meet the experts on a project team. One of the greatest mistakes companies can make is to fail to communicate a stream-lined voice while churning out information about a project. To avoid claims of a “faceless corporation,” companies should make an effort to open a dialogue with community members on an individual basis through open house events and eventually telephone and/or email communication to build reliable support.

The creation of a website and Facebook page for the project should also be handled with care but should not be overlooked. Create these vehicles as resources to be placed at the fingertips of community members and reporters alike, keeping content interesting and up to date. Use video footage of company representatives to tell stories and offer narratives of support from community members themselves.

Digital platforms also offer incredible opportunity to utilize cost-effective digital marketing techniques. Display ads can be geo-targeted to capture viewers of news sites within the community to serve the most interested demographic. However, geo-fencing is a new technique that can serve mobile ads to people who attend an open house event for example for up to thirty days after they visit the designated location. Mobile is a rapidly growing platform, so be sure to optimize both ads and a project website itself for mobile viewing.

Additionally, social media platforms now allow for the creation of custom audiences. As companies grow their email lists of supporters, these lists can be uploaded to Facebook for example for awareness targeting. Knowing these audiences are interested already takes one step out of the process and enables companies to ask these viewers to take action faster than it would be appropriate to do for a first-time viewer.

Building the Grassroots Base

The aforementioned actions prime particular audiences for calls to action. To achieve local permits needed throughout the approval process, campaigns must generate letters and testimony at hearings in support, or even voter turnout when applicable. It is far more effective to first educate the base, identify support and direct efforts to drive turnout towards these supporters than it is to attempt to execute calls to action without a reliable known base of support. Too often, projects fail to turnout the silent but supportive majority. These tactics motivate supporters to take action to help achieve success for projects in any renewable industry.