Wednesday, 03 June 2015
1
Al Maiorino
Indonesia is an emerging market that sees its electricity demand increase by about ten percent per year, and thus the country needs about six GW per year in additional generating capacity. 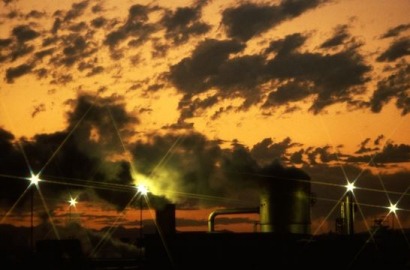 Indonesia's electrification ratio - which is the percentage of Indonesian households that are connected to the nation's electricity grid - stood at 80.38 percent at the end of 2013, implying that today there are still roughly 50 million Indonesians who lack access to electricity.

As Indonesia continues to grow in terms of population and electricity use, the archipelago nation endures high hopes in expanding its geothermal output as a healthy and environmentally-friendly alternative to coal-fired power plants.

Bali is an island and province of Indonesia blessed with abundant water reserves, vegetation, natural resources, and beautiful landscapes. One of the island’s most ubiquitous natural assets is the Bedugul forest area, which provides the island with major sources of water for irrigation.

For years, Bali’s frequent blackouts have forced the island’s policymakers to search for alternative sources of power – particularly through geothermal power plants. However, the plan to build a geothermal plant in the mountainous resort area of Bedugal has been strongly opposed by environmental activists and religious groups.

In 1994 Bali Energy, a joint venture between California and a local company, signed an operation contract to develop a geothermal power plant in the Bedugul forest. In 2008, the estimated power production capacity of 175 MW corresponded to about half of the whole island’s electricity needs, but the project was put on hold due to opposition from local residents.

While discussion about restarting this project lingers, action continues to be strongly met by environmental activists, who fear that the construction of this sight would inflict irreversible environmental damage. Religious leaders have also objected to the plan, claiming that the Bedugul area and the nearby Batukaru Mountain are sacred points in the island’s divine cosmology. Considered by most Balinese Hindus as a “holy and sacred place,” the pure lakeside area of Bedugul is the consecrated place of Dewi Danu Bratan, a goddess of agriculture who is prayed to by farmers around the island.

According to Balinese culture, mountains and forests are highly sacred because they are believed to be sources of life. As a result, environmental activists and religious members of Balism both believe that geothermal drilling in the Bedugul area would not only worsen Bail’s water crisis, but would also damage the sanctity of the area.

Though geothermal power can offer tremendous energy quantities, the governor of Bali has restated his refusal to allow the geothermal project in Bedugul in a statement from his office on May 6, 2015. He not only placed a moratorium on the construction of this location, but also reiterated the fact that this project would trespass on protected forest area in a religiously sacred area of Bali.

Since the ministry of energy and mineral resources is still waiting for the governor’s approval to build the plant, delays continue to plague this environmental friendly renewable resource. As a result, any permission to now allow the Bedugul Geothermal project to resume would require a new resolution and majority approval from the House.

To save time and money, companies must engage with local communities as a means of keeping them informed and showing them support throughout every step of the way.

Get the message out and stay in control

Traditionally, printed marketing was the primary method of conveying a message to consumers. While digital marketing, blogs, social media, and targeted emails have come to the forefront as opposed to top-down messaging techniques, direct mail still exists as an effective means of educating communities and directing residents to project websites to learn more. Through all of these processes, you can effectively educate the community on the details of your geothermal project proposal, encourage activism, and keep the public updated on the project’s progress.

A mail in tearoff card from the direct mailer(s) referenced above allow for supporters to return a postcard with contact information, therefore increasing their willingness to attend a hearing or write a letter of support. While direct mailers are a great way to gauge support, telephone identification calls are also a crucial element in gauging support levels, particularly because a persuasive script can direct people to a project website to provide additional information about a project. Creating a website is vital to not only ensure that your project has a presence online, but to also provide community members with access to information about the project when needed.

Sites can range from a single page that states the important details and urges support, or they can be multi-faceted containing detailed renderings and simulations. A successful web site should present a professional image of your geothermal plan. Ideally it should also include some backend solutions that will allow for you to update and maintain your site painlessly, as well as provide space for community members to sign up as supporters on a “call-to-action” page.

Managing a supporter database can take up valuable and limited resources. However, it is a task of critical importance to any project. Ideally, a database should include telephone numbers and email addresses, as well as valuable demographic information such as age, income, and political party. Through targeted communication networks based on an individual’s predisposition for support, the outreach campaign will ultimately be structured like a political-style campaign. With proper organization, messaging can be targeted to only undecided to sway their opinion on particular aspects of the plan.

Today we live in the era of the Internet which allows for powerful, accessible, dynamic communication. In fact, statistics show that nearly 1 in every 5 minutes spent online is on some social media platform, and this trend is no longer age restrictive. Because social media sites are updated regularly, they have become a quick and easy way to promote campaign messages and build a community throughout the social sphere to build grassroots support. Shareable videos, info graphics and other creative content are the key to catching community members’ attention in lines at the grocery store now that smart phones can be harnessed for calls to action.

Websites and social media may have their place in an overall marketing strategy, but all promotion is conducted online, companies risk missing an opportunity to connect face-to-face with perspective supporters and community members. It is the grassroots and grasstops efforts that are essential to reaching the key advocates to write letters or support and provide hearing testimony when the time comes. Community open house events allow stakeholders, supporters, opponents, and undecided to have direct contact with the project experts so that they can ask questions on an individual basis at various stages of the project. Ultimately, these events can help ease community members’ concerns and create a positive flow of information without grandstanding and interruptions that can occur at presentation-style events.