Tuesday, 05 May 2015
0
Al Maiorino
It is becoming increasingly apparent that 2015 is off to a productive start for the solar industry. 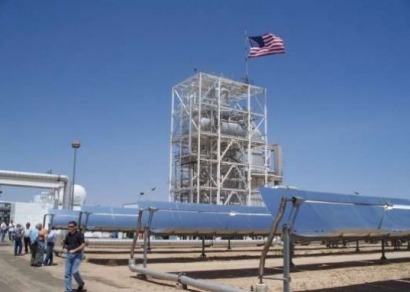 While reports surface of projects emerging from the depths of permitting authorities’ filing cabinets, others are making a reputable case before officials and communities to approve new projects relatively soon after they are introduced.

What is the key to these successful projects that avoid the costly delays brought on by opponents? The answer is effective messaging that educates members of the community and brings them on board in support.

As communities begin to see a greater value in solar, the industry must capitalize on this favorability wisely by identifying supporters and harnessing them into action on the project’s behalf.

Renewable energy generation is here to stay, but it is up to companies to effectively communicate the benefits of solar to the communities in which they seek to build to rally a broad base of support willing to speak up on the project’s behalf.

This project aims to replace an existing concentrating solar power facility in Daggett, California that was damaged by a fire in 1999.  The extensive property damage was the result of high temperatures in the heat transfer fluid, which will not be used at the new site.

Once installation begins on the 333-acre property, the new solar project is expected to create seven to ten jobs, limit water usage and generate emission-free energy.

Even though Sunray Energy 2 has its conditional use permit in hand to proceed with this installation, they are still subject to an appeal period that could potentially create waves in an otherwise smooth process.

If opposition groups decide to file the appeal, Sunray Energy 2 would not only incur costly delays and legal fees, but the environmental benefits of this renewable source would also be stalled without further reduction in greenhouse gas emissions. In order to maintain the momentum of the industry, companies must develop an open dialogue with community members to sway undecided parties and strengthen a solid base of support.

It is essential for the solar industry to inform communities from the start of any proposal to prevent the spread of misinformation and to dispel any preconceived notions of solar projects. Few opponents will reverse their opinions against the project, especially when it comes to direct project abutters, but informing and identifying members of the community who reside further away from the project is key.

The industry can educate entire communities through a variety of outreach methods, including direct mail and open house information sessions.  Targeted direct mail affords proposals the opportunity to highlight the project’s benefits with respect to jobs, revenue and clean energy generation.  Open house sessions also provide opportunities for direct dialogue between residents and project experts so that questions and concerns can be discussed. Many respondents to general surveys favor solar, but when a proposal crops up in their backyard, the ways the project benefits will outweigh any costs will have to be clearly communicated for a winning campaign.

It is important to keep track of supporters, undecideds, and opponents digitally for the most organized and efficient approach to mobilizing support when needed.  The database should include telephone numbers and email addresses as well as any other demographic information available such as political party, age, income, etc..  This allows for detailed analysis and reporting on the project based on residents’ predispositions for support.  Grassroots tactics are most effective when data can be harnessed for strategic targeting through methods similar to a political-style campaign.

This is where most projects struggle. It is easy to disperse information in the connected world we live in, but it becomes difficult to recruit and engage supportive volunteers to write letters to newspapers and officials in support of the project. When hearings come around, these letters along with either written or verbal testimony can make all the difference.

To identify support, engage draw upon the database to call each household in a community with a brief script that measures support and their willingness to help. This is a more cost effective approach than polling and generates real people to begin building relationships with as advocates.

Contact stakeholder groups in the community as well to engage their leadership, which can provide independent analysis of the project benefits to validate campaign messaging. These stakeholders can also be coded into the database for a quick mobilization of support whenever needed.

Social media is a quick and easy way to promote campaign messaging throughout the social sphere.  When approvals can drag out from months to years, social media is a great way to avoid “advocate fatigue” with identified supporters.

Keeping them interacting with informative content in between calls to action helps to develop a general response behavior that is valuable to companies. Today, peer-to-peer sharing is a powerful tool, and therefore sharable content will greatly benefit these efforts.  With the use of social media growing every day, advertising on these sites is also an effective way to reach targeted groups of potential supporters in a more cost-effective way than traditional full-page print ads.

As the solar industry continues to expand the use of renewable energy across the globe, companies must continue to engage communities to achieve project approval. Even as the benefits of solar become more widely understood, the projects proposed in one’s “own backyard” will continue to draw out opponents who cause ripples throughout the approval process. Therefore, well-prepared public affairs campaigns will assist companies in the development of a key advocate base that take action and win strong approvals.