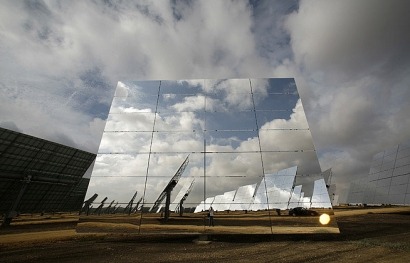 As we begin our 2012 ventures, it is beneficial to review how the renewable energy industry was set back due to opposition over the past year. As is often the case, tension between developers and opposition can stall or even stop a project completely. In 2011, these struggles occurred as opposition worked to halt the progress of various developments.

NIMBY stands for “Not In My Back Yard,” and NIMBYs represent groups in communities who debate over nearby developments. Often, these particular groups dispute projects regardless of their nature and apparent benefits; the fact that a development might enter their community spurns NIMBYs to action. This characteristic can be frustrating for developers and community members who support growth and see the many benefits a new project could bring.

NIMBY activity in 2011 illustrated how the public may support renewable energy projects, but many still do not support developments in their ‘backyard’. The renewable energy sector has experienced an increase of NIMBYs resulting in major complications and setbacks for the industry:

• In May, BNE Energy’s proposal for a wind farm in the town of Prospect, Connecticut was rejected by the Connecticut Sitting Council. The Council and the publics worried about the impact of tall turbines on the landscape. To the NIMBYs, the possibility of wind mills disrupting the aesthetic qualities of the area overshadowed the many advantages of wind energy. The proposal was dismissed due to unhandled opposition.

• In August of 2011, The Northampton Area School District’s proposal to add solar panels to their property received a negative response from the Lehigh, Pennsylvania’s zoning board. The school district submitted a joint proposal with the energy company MetroTek in hopes of adding 7,000 solar panels to a field located at the Lehigh Elementary School. Zoning board members cited agricultural and residential land issues as reasons for why the proposal was not approved.

• NIMBY opposition also occurs frequently across the sea. Town councilors of Wigtownshire, Scotland have rejected a proposal by the developer RES to build 11 turbine farms around the area. The farms would generate enough power for 14,000 homes in the vicinity. Councilors noted the drastic landscape change as reasons for dismissal of the plan.

These examples exemplify how failure to understand NIMBYs can be detrimental to a project. The public affairs industry has experienced an increasing amount of renewable energy clients requesting service on how to understand, successfully communicate and reinforce project benefits to NIMBYs.

Certain tactics I have found useful come from countering NIMBY attacks via a grass roots campaign. Create a support group of members from the local community who support the project to assist in your efforts. The support group can actively promote your project through social networking. Support groups are also a great source of volunteers and as they volunteer, they’ll feel more committed and supportive of your project.

Once concerns are understood, a company can nix the NIMBYs, oppose the opposers, and ultimately dismiss the dismissals. I have found that focus groups and polling allow a company to understand NIMBYs’ position. A letter campaign can then be developed, door to door canvassing commenced and other tactics initiated to effectively communicate your projects benefits to the community. By reaching out to residents, by phone or in person, a database of supporters from well beyond stakeholders is formed.

Communicating successfully is essential in 2012; so I advise you to start your ventures off right by preparing for NIMBY opposition.

Have a great year!