Public opposition to projects can be overcome with strong grassroots campaigns

Monday, 05 November 2012
3
Al Maiorino
Public opposition to development, often called “NIMBYism” or “not in my backyard” syndrome, is growing quickly around the world, It consists of citizens who often claim to represent the voice of the community where often large scale development is taking place. NIMBYism is often the fear of unknown. 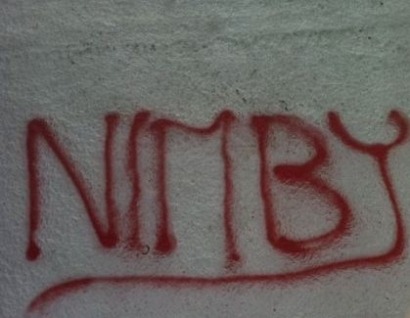 For the developers or companies, it is a problem. Public opposition causes delay of projects, budget constraints, and the potential for the project to be defeated by the governing bodies overseeing the proposals. Therefore it is very important for the developers or companies to understand and learn how to communicate with the opponents and also run successful grassroots campaigns.

The main goal of grassroots campaigns is to build a bridge between companies and the nearby communities. Despite the fact that any new project would do great for many communities and improve the local economy, the community doesn’t seem to understand these benefits. Very often NIMBYism stems from poor communication between project representatives and the communities.

In this case, the companies are better to be proactive. Many companies often hire public affairs firm when the opposition is arise. It would be a lot easier to get the project on schedule when the companies held a solid campaign and have the seats for the communities in advanced. You may choose to fight NIMBY on your own.

However, experience shows that hiring a specialized firm will provide you with the necessary tools and tactics to lead you towards a victory for your project.

A Specialized public affairs firm would make sure to send out the right message correctly and get things done more effectively.

In such campaign, there are some simple rules to follow, a few of which we have listed below:

Rule # 1 – Educate first, then identify: Don’t try to identify supporters of your project until you have researched extensively in order to educate yourself appropriately.  If you disseminate the facts of the project first you will gain large numbers of ardent supporters, and ultimately maximize your spending.

Rule # 2 – Identify supporters and code them into a database: Effective organization of a database is crucial to the success of a campaign.  Whether the identification process is achieved through direct mail, radio, phone calls or e-mail, having an unorganized list of supporters and undecided residents doesn’t do your campaign any good.  By inputting your supporters into a database, you can then separate them by town, county and legislative district for effective grassroots lobbying.

Rule # 3 – Do not rely solely on e-mail: Believe it or not, a fair percentage of people do not use the internet regularly. Many of these individuals are of an older demographic that often favors development. Placing an advertisement to include a website to contact is beneficial, but always include toll-free number for non-internet users to contact you.

Rule # 4 – Do not focus only on third party groups for support: Third party groups are critical for your efforts, but often a few dozen “regular citizens” showing up to hearings and meetings can benefit your project tremendously.

Rule # 5 – Be transparent: The last outcome you want is for your public affairs campaign to become a public relations nightmare.  Just as projects have engineers, lawyers, scientists, etc., they also can have community relations specialists. Be open about your outreach.

These rules are just the beginning steps of a successful campaign. However, with these rules, companies will have a good start and a solid foundation of a grassroots campaign. Campaign should be customized according to different subject, size of population and the length of the entitlement process. Identifying who the local supporters are and coding them into a “database of supporters” is very easy and helpful.

Do not just rely on grassroots support, also make sure you are making the rounds with key stakeholders, business leaders, and civic leaders.  This is often referred to as “grasstops” and along with grassroots, is very necessary.

If the developers or companies follow the rules above and make sure to send the right message out correctly and effectively, the chance of having project opponents in the way of the projects would be greatly reduced.

Remember, the opponents of development are often running “political style” campaigns, and companies need to match and exceed these type of campaigns.

wind energy is a fine alternative for someone who does not want to be aslave to a utility company. But when you are talking about publicly mandated alternative wind projects the projects only serve as an excuse for utilities to raise electricity rates and demand more transmission lines. www.windenergy.areavoices.com

Rick
wind energy is a fine alternative for someone who does not want to be aslave to a utility company. But when you are talking about publicly mandated alternative wind projects the projects only serve as an excuse for utilities to raise electricity rates and demand more transmission lines. www.windenergy.areavoices.com
Mary
This article is despicable and shows either willful ignorance or an inability to discern fact from fiction. The author clearly has never, and I do mean NEVER, taken the time to examine a project proposal for siting of industrial wind and compared that to the reality of the ecosystem in which it is proposed to go. There is a difference between the truth, which is reality based and therefore verifiable, and truthiness, where the truth is whatever you want it to be regardless of the facts. Worldwide opposition to industrial wind is not the result of NIMBY attitudes but is the result of adverse health impacts, adverse environmental impacts, soaring electrical rates, instability in the electrical grid, and the fact that most of the money ends up in the pockets of Wall Street looters or foreign corporations - whose own countries were smart enough to stop the feed-in-tariff's and subsidies.
biogas