Sustainability Initiatives Must Be Accompanied by Effort to Build Public Support

Friday, 01 April 2016
1
Al Maiorino
Bhutan is small a country nestled between India and China that is making big waves for its commitment to sustainability. It currently harnesses the power of wind and hydropower, but Bhutan is looking for even more ways to expand generation of clean energy. 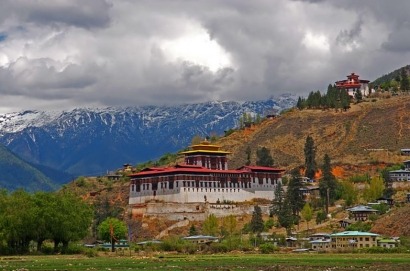 The Bhutan government believes that hydropower could become the backbone of the small country’s economy and help support its high carbon emitting neighbors, India and China. In a pledge to the UN Framework Convention on Climate Change, Bhutan announced that if its hydropower goals are attained, the country could offset up to 22.4 million tons of carbon emissions in the region through the export of electricity by 2025.

While hydropower seems like a winning idea for sustainability, not only for Bhutan but also for surrounding countries, many still fear that the mini power plants could do more harm than good in local communities.

Environmentalists in Bhutan have voiced concerns about the possible harm that could come from the expansion of hydropower plants. While some believe that there are no negative side effects in terms of emissions from hydropower, others maintain that the plants produce more greenhouse gases in the form of methane from decaying organic matter.

Not only is there concern for greenhouse gases, but also for the biodiversity of the rivers that the hydropower plants would reside in. At the Punatsangchhu project site, there is an endangered species of White Bellied Herons, which some maintain would be threatened in terms of their habitat and quality of life. Furthermore, fears that multiple hydropower plants along the same river exist for fear of impact on river ecology and surrounding communities.

Local residents have also expressed great concern. Bhutan has been called out by locals for implementing hydropower projects in complete secrecy without proper environmental impact assessments to determine the impact on the surrounding environment. Another concern expressed by locals is the displacement of communities. Bhutan’s media reported a possible proposal of a 54 Megawatt Amochhu Reservoir Hydro Electric Project, which would displace the oldest indigenous community of Lhop or Doya people.

The hydropower projects Bhutan is looking to implement would provide a new source of renewable energy and help to bolster the country’s economic engine, but as proposals are announced, hydro companies must make plans transparent and have resources accessible for members of the local community. This is true not only for Bhutan, but also throughout the globe. Building public support will become possible only once companies make an effort to raise awareness of the broad picture and project benefits.

Bhutan and other areas of the world can benefit from the following strategies when moving forward with hydropower projects that need a demonstration of public support:

It is important to educate the population and make them aware of a proposal’s details. Transparency is important to maintain a good relationship with the community. Building a database will create organization when reaching out to members of the community and stakeholders to inform them about a hydro proposal through the proper channels. Especially in more rural areas, it is important to track all supporters, opponents and undecided parties. By maintaining a solid database that is updated frequently, companies will be able to communicate with ease and in proper fashion to reach their specific target audiences.

Engage with Stakeholders and the Public

With a large project that can affect many people, it is key that there is an open dialogue so that stakeholders and the public are heard. By engaging with the public and listening to their concerns through open house events and presentations to third-party stakeholders, companies can address the issues with the proper answers backed with data. It is valuable for companies to obtain input from many voices in the community because then they will be more willing to work together and figure out solutions to any problems or concerns they have. Open house events also allow for conversations directly with the community members, who will ask questions and learn in depth from project experts.

As stakeholders and community members learn more through targeted outreach in the form of direct mail, telephone calls, canvassing and other tactics, hydro companies can begin to elicit their support. Too often, projects are announced without a plea for community members or groups to come out and speak on behalf of a proposal. As supporters are identified, engage them in coalition building activities like letter writing and hearing attendance to demonstrate support.

Social media has become a way to communicate with people all over the world. By using this mode of communication, companies can keep key stakeholders and the public updated regularly with progress or any issues that may arise during the projects. It will allow them to monitor sentiment as well as to reach broad audiences. A website is also important to provide maps, related research and other third-party endorsements that will help to validate a company’s project.