Tips on how to successfully announce a clean energy project 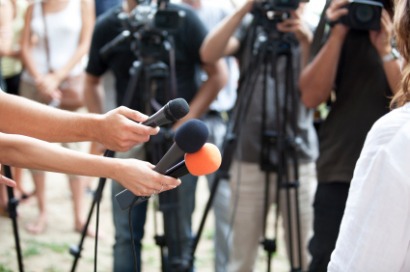 When beginning a development project, there are many factors that contribute to a successful announcement campaign if combined properly – what the group or organization is trying to achieve, who the target audience is, what opposition may occur, and by what means the message will be conveyed. For example, one of the most important tactics to consider is how to get ahead of the opposition before it can organize. The period following the project announcement is the most promising window to try and prevent such opposition from forming and to ferment ground with the plan’s supporters. The results of these few weeks will often determine the success or failure of the project.

Public Strategy Group (PSG) has an announcement strategy to tackle the factors mentioned above. When development projects are proposed, there are multiple steps to successfully roll out the project with the goal in mind of limited to no opposition. The basic outline is detailed in the following points.

It is crucial to begin by informing chief elected officials in the area most affected by the project, followed by an immediate press release. The chief elected officials are the most influential receivers of the project, so they should be notified first.  Too often the right people read about major projects in the newspaper and this only antagonizes the relationship with elected leaders.  A press release will educate the general audience of the proposition and will put in motion the rest of the steps. Generally a press conference announcing a large economic development project will generate further favorable press.

Newspaper ads, web ads, and direct mailers should arrive within 24 to 48 hours of the announcement in order to effectively disseminate the facts before opposition has a chance to assemble. Facts and information will provide the supporters with comfort and will extinguish the opportunity for any opposing argument to form. These ads and mailers should direct residents to a website and a phone number that they can contact for information.  This allows residents to provide feedback and for the project officials to determine if the proposal is popular or not. It is important that they arrive quickly, following closely behind the project announcement in order to be most successful.

In the following few days, a statement should be made of a community-wide open house to be held within a few weeks of the announcement. This is another example of controlling the message. It is also a key part of the strategy with the goal in mind of always being ahead of any potential opposition.  Open houses are great mediums to control the crowd, have your experts speak directly to neighbors and concerned residents, and generate positive press by showing a willingness to undergo proactive measures by reaching out to the citizens of the community.

It is important to conduct paid identification phone banking so as to distinguish supporters, undecided, and opponents. You can contact supports via different methods of outreach, and can target those who are undecided with direct mailings.   Identification calls allow you to contact a large number of residents in a short time period, gauging their level of support for a project. Once you have gained a sense of the percentage of supporters, you can then gear your announcement plan towards increasing this figure.

Ensure supporters attend the open house. Even though the entire community is invited, make sure to create a special plan for supporters, such as special emails or mailed pamphlets.   The press will certainly seek out opponents at an open house, so by having supporters there, it will create balance. By making sure to max out the number of supporters, you can create a favorable voice at the open house.

In the past few decades, grassroots opposition groups have been increasingly against wind farm development across the country. In Arizona, a recently proposed project received approval to rezone an allotted acreage of land for two wind towers that could power over one million homes. It was immediately met with a strong wave of opposition which will make it extremely difficult for the project to move forward. Public Strategy Group has created its announcement plan to prevent similar situations from occurring.

Completing these steps in a few weeks can strongly roll out a project and avoid costly, time-consuming delays later by opposition. Each of these measures is proactive and places the power in the hands of the developer, not the opposition. They ensure that the proposed project is one step ahead of any opposition attempts and is backed by the necessary measures to gather as much support as possible for your project. This process can also neutralize your opponents, which would prove incredibly beneficial to the project’s advancement. PSG’s announcement strategy provides a basic plan with this goal in mind and steers a project towards success.