Wednesday, 04 November 2015
0
Al Maiorino
Geothermal energy is expanding as a sustainable power source, but the growing industry is still not without its barriers, even amongst the top geothermal producing countries. One such country, Japan, has grown its geothermal energy production to 520 MW, making it the world’s third largest producer. 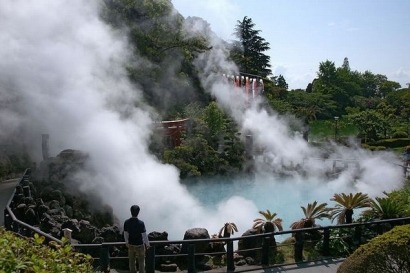 However, with many projects either conceptualized or underway, various barriers that cause public opposition are still slowing down the country’s geothermal momentum. Companies across the globe can help to secure this industry growth by building public support right from the time of project announcement.

Achieving project approvals without costly delays requires geothermal companies to learn from the trailblazers about the importance of promoting proposals to gain community support.

High investment costs aside, the industry’s potential growth is stunted in many cases due to public opposition.

Related to Japan specifically, ideal locations for geothermal properties tend to lie in national parks and on private property containing hot springs, where exploration is either protested or not allowed at all.

Such locations raise fears of contamination of the area’s natural resources. Residents are also weary of the expense to maintain geothermal, safety concerns and noise pollution, among other factors, making it difficult for companies before proposals are even announced.

Still, Japan is an ideal place for geothermal developmental projects because of its plentiful underground geothermal resources. Companies can benefit greatly from making outreach to the communities they propose projects in to educate residents and engage them in an effort to build public support. Here are tactics and tools geothermal companies can use to help the industry flourish:

To dispel myths and educate the community on the benefits of a new geothermal energy proposal, reach out with information as soon as the proposal is announced. Outreach can include building a project website, sending direct mail and hosting an open house. An open house invites community members, the media and stakeholders to come together and view project plans while engaging one-on-one with project experts. The event is set up in various stations that discuss topics such as community benefits, engineering, safety analysis, and remember to have a table for supporters to get involved!

As supporters or opponents are identified through the website contact form or at the open house, they should be coded as such into a database of residents, complete with address, phone number, email if available as well as demographic information and legislative district to help reveal your most likely base of support. A phone call to all residents in this database can use a short script to identify all households as supporter, opponents or undecided, and once the database is coded, companies can easily follow up with supporters for mobilization.

Meeting with supporters is essential to keep them informed and engaged. A small group meeting allows companies to educate them on timelines of when approvals might occur, and inform them of ways they can help ensure the geothermal proposal moves forward. Too often, supporters are willing to help out but they are never asked! Letters to the editor in newspapers or letters of support to public officials create tangible support from voters that will catch officials’ attention before the hearings, which supporters should also attend in full force, ready to speak up and prepared with signs in hand to display support!

Beyond a proposal website that allows supporters to sign up to get involved, companies must maximize digital resources to engage residents regularly in a cost effective manner. Posting fill-in-the-blanks such as “I support Geothermal because …” helps to encourage participation rather than just generating likes to allow officials to simply look at the supporter Facebook page, for example, to instantly find individuals’ narratives of support.

Creating shareable content in the form of infographics or even memes can be effective to encourage your messaging to spread throughout the digital sphere. There are many digital tools such as Moovly or Screencast-O-Matic that can walk supporters through action alerts so they know exactly how to contact legislators and make an impact.

In the energy industry, third party stakeholders are key. There are numerous organizations that can offer information that reinforces messaging and offers validation to community members in the form of studies and analyses. As companies reach out to the local stakeholder that would benefit from a geothermal proposal, these efforts should be entered into the database for these companies to be integrated right into the letter writing drives and hearing attendance mobilization.

With the proper preparation, the geothermal industry’s big aspirations can become a reality in Japan or other resource-rich countries. A strategic public affairs plan to build community support should not be an afterthought. Instead, devote the time and resources up front to ensuring a smooth public approvals process to prevent delays from costing exorbitant amounts of time and money, or even cancellation all together.