Tuesday, 28 August 2012
3
Al Maiorino
Handling corporate public relations is Al Maiorino’s bread and butter. As he explains, the upfront cost of a few thousand dollars for public relation services can be a small price to pay for the hundreds of thousands if not millions of dollars in expenses that could result from delays in clean energy projects due to public opposition. 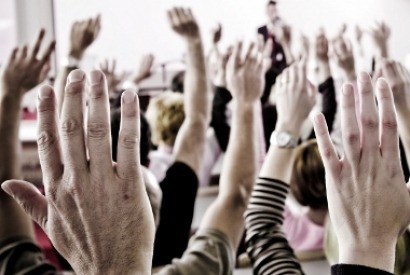 It’s no secret, time is money. Between getting all the permits approved, getting the right equipment, and hiring the right people, it seems like hiring a public affairs firm is the last thing on a company’s list of concerns. At least it seems so. But all things considered, if a development faces public opposition, a lengthy delay can be just as bad as a quick rejection. Between the hassles of public opposition, the damage caused to a company’s image, the uncertainty of intermittent project delays, and the enormous financial strain caused by even a few months of delays, investing in a public affairs firm may be something to consider. Here’s why:

In general, it is estimated that if a $10,000,000 land development is delayed just sixty days, the cost of the delay is roughly $200,000. Generally speaking, when developments face delays, the time frame is often more than sixty days, and can even be delayed for years. If a development is delayed for a year, as is common for wind and solar energy projects facing public opposition, the total cost of the delay is roughly $1,200,000 or one-tenth of the initial cost of the project. Hiring a public affairs firm in order to start the project on time costs, on average, $3,000 dollars.  This translates to roughly what it would cost for a $10,000,000 project to be delayed for the first day. Therefore, hiring a public affairs firm from the start can, in general, save clean energy developers thousands of dollars. Not to mention, the associated grief that comes with project delays.

More specifically, take for example a solar energy company called Tessera, which faced numerous delays on its Imperial Valley solar project in California. Despite being the first solar farm project approved for public land, it faced considerable public opposition, which played out in the courts. This included a 2010 court order that delayed the start of construction on its Imperial Valley Solar plant. The delay was granted on behalf of the Quechan Tribe, which consisted of 3,500 people. The tribe sued government entities over what it claimed was insufficient consultation during the permitting process. In other words, over environmental and wildlife impact claims. From the time it was in development up until 2010, about five years, delays had cost Tessara about $20 million. Ultimately, due to the financial burdens associated with project delays, in 2011, Tessara sold the Imperial Valley solar project to AES Solar Power.

By now it is apparent why hiring a good public affairs firm from the get go is fiscally sound; an upfront cost of a few thousand dollars can be a small price to pay for the hundreds of thousands if not millions of dollars in expenses that could result from delays due to public opposition. Working on a grassroots level, a public affairs firm can foster trust and forge lines of communication between clean energy companies and their public. As a result, the public is better informed about the benefits of the project, the opposition is neutralized, and support is generated for the clean energy company.

In addition to providing strategic planning and issue management, a knowledgeable public affairs firm brings valuable tactics to the table such as:

A coordinated grassroots advocacy campaign organized by a public affairs firm can make all the difference between starting your clean energy project on schedule and suffering delays. This means no delays and all the financial and bureaucratic pains that come with them.