Thursday, 19 November 2020
0
Robin Whitlock
Fortum has developed a new and efficient way to recycle lithium from rechargeable batteries, which could help meet the upcoming surge in demand for electric cars and battery materials. 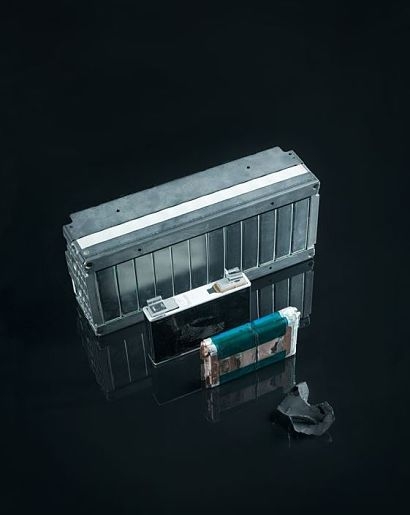 The world will increasingly need sustainable raw materials for EV batteries as the electrification of cars rapidly increases the need for the valuable materials and chemical elements batteries contain, such as lithium, nickel, cobalt and manganese.

Lithium is one of the most valuable components in lithium-Ion batteries. However, there has been difficulty in recovering lithium and making it available quickly enough to meet the rising demand for batteries to power the huge drive towards electric vehicles.

Finnish-based Fortum has now patented a breakthrough technology for a new recovery method to reduce the environmental impact of recycling lithium and make it possible for EV car producers and battery manufacturers to make a smoother and more sustainable transition to electrically powered vehicles.

The company also hopes environmentally concerned consumers will factor in the importance of vehicle batteries containing sustainable lithium when it comes to buying electric vehicles and cars.

“This is a major development which will help meet and drive the massive demand for electric cars” said Tero Holländer, Fortum Head of Business Line, Batteries. “With our new patented technology, we are able to recover Lithium from EV batteries in a more sustainable way, but we will also have the capabilities to produce battery grade material on an industrial scale. The reclamation of lithium and other elements from recycled sources supplements the mining of scarce metals, improving the sustainability aspects of EV production and lowering the CO2 footprint of batteries produced. Our new technology means we are sure to position Europe and especially Finland as one of the most competitive and sustainable options for battery material recycling and production in the world.”

Extensive discussions are ongoing worldwide among governments on the future of electric vehicles and the need to replace cars running on fossil fuels. Fortum’s game-changing news comes immediately after the UK government announced ambitious plans to ban the sale of new petrol and diesel-powered cars by 2030 to jump start the sale of electric cars.

There are very few working, economically and sustainably viable technologies for recycling most of the materials in lithium-ion batteries, especially outside of the Asian continent.

The global lithium-ion battery recycling market was worth about EUR 1.3 billion in 2019, but it is expected to boom in the coming years to more than 20 billion euros. According to a forecast by the International Energy Agency, the number of electric vehicles on the world’s roads will increase from three million to 125 million by 2030.