Friday, 24 June 2022
0
Robin Whitlock
Stellantis has announced it will become the second largest shareholder in Vulcan Energy in order to increase the low-carbon production of lithium hydroxide, which is needed for Stellantis’ European production of electric vehicles (EVs). 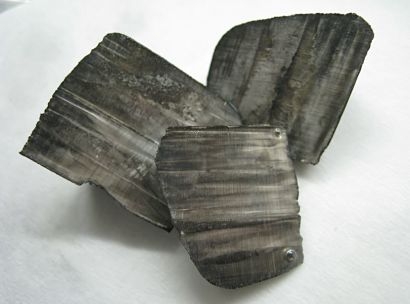 Stellantis N.V. announced investment of 50 million euros equity in Vulcan and an extension of the original binding offtake agreement to 10 years. The equity investment will go towards Vulcan’s planned production expansion drilling in its producing Upper Rhine Valley Brine Field (URVBF). Vulcan is already producing geothermal energy from its URVBF and plans to produce lithium hydroxide with zero fossil fuels and net zero carbon footprint as part of the Zero Carbon Lithium Project.

“Making this highly strategic investment in a leading lithium company will help us create a resilient and sustainable value chain for our European electric vehicle battery production” said Carlos Tavares, Stellantis CEO. “We continue our quest of forming strong relationships with partners who share our values as we collectively fight against global warming and provide clean, safe and affordable mobility to our customers.”

Vulcan Managing Director Dr Francis Wedin added that Stellantis’ significant investment in Vulcan and the Zero Carbon Lithium Project represents a strong statement by one of the world’s largest automakers regarding sustainable and strategic sourcing of battery materials and that Vulcan is fully aligned with Stellantis’ decarbonisation and electrification goals, which represent some of the most ambitious in the industry.

“It is encouraging to see a leading automaker investing in local, low carbon lithium production for electric vehicles” said Mr Wedin. “As our largest offtaker, we look forward to deepening our relationship with Stellantis as a substantial shareholder in Vulcan and our Zero Carbon Lithium business.”

As part of the Dare Forward 2030 strategic plan, Stellantis announced plans of reaching 100 percent of passenger car battery electric vehicle (BEV) sales mix in Europe and 50 percent passenger car and light-duty truck BEV sales mix in the United States by 2030. Stellantis will be the industry champion in climate change mitigation, becoming carbon net zero by 2038, with a 50 percent reduction by 2030.