Friday, 18 November 2022
0
Robin Whitlock
NeoGreen Hydrogen Corporation has announced that NeoGreen Portugal, a joint venture with Portuguese company Frequent Summer Lda., has executed a Land Reservation Agreement to expand its existing Portuguese project pipeline with a Green Hydrogen project at the Port of Sines in Portugal. 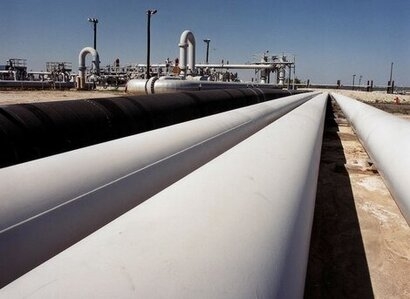 The joint venture, formed to co-develop a pipeline of early-stage Green Hydrogen projects across Portugal, intends to develop Power-to-X (P2X) solutions to decarbonise hard-to-abate industries both domestically and in key export locations in North-Western Europe, utilising existing infrastructure at the  Sines Industrial and Logistics Zone (ZILS) and the Port of Sines.

The Government of Portugal has earmarked the Port of Sines to become the country’s Green Hydrogen hub, as the deep-water port enables easy maritime access to industrial centres across Europe, as well as direct connection to Portugal and Spain’s natural gas networks.

The Land Reservation Agreement relates to over 10.5 hectares in the Sines Industrial and Logistics Zone (ZILS) where Green Hydrogen will be produced via electrolysis using the site’s own dedicated renewable solar and wind energy.

The site is sufficient to build an electrolysis production facility of 500MW+ with a number of export mediums that the Company is exploring.

One medium is the production of E-methanol, which is an attractive carbon neutral fuel for the shipping sector’s ambitious decarbonisation targets. This will increase the maritime traffic to Sines for refuelling purposes and further boost the local economy.

Whilst the company is currently conducting scoping studies to optimise its development pathway, its aim is to produce first hydrogen from its ZILS site before 2027.

Green Hydrogen, made purely from renewable energy resources, is set to become a critical energy vector in the world’s effort to decarbonise the heavy industry and transport sectors, which combined are responsible for a third of the world’s carbon emissions. In Europe’s drive to decarbonise, the European Commission recently declared its ambition to produce 10 million tonnes, in addition to importing 10 million tonnes of renewable hydrogen, by 2030.

“NeoGreen Hydrogen has a portfolio of Green Hydrogen projects around the world and is particularly excited by its joint venture with Frequent Summer” said Chris Corson, Executive Chairman of NeoGreen Hydrogen Corp. “Having a project in the heart of the EU, which will be one of the key demand centres for green hydrogen in the years ahead, is strategic for us as a company and we look forward to building out this opportunity alongside our partners at Frequent Summer. Portugal, with its excellent and relatively low-cost renewable energy resources, is well-positioned to be a major player in Europe’s green hydrogen pathway, particularly as the key economic driver of green hydrogen production is the cost of the renewable energy input.”