Tuesday, 28 April 2020
0
Jenna Tsui
The Internet of Things (IoT) is one of the most exciting developments in modern technology. With features like energy monitoring, IoT devices are particularly promising for sustainability purposes. Despite this application, there are still a couple of challenges facing the IoT as far as sustainability goes. 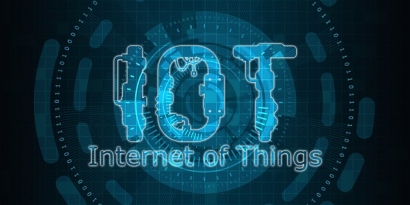 These devices are handy little tools, but they, like any other electronic, need electricity to run. To reach the IoT's full environmental potential, you need to power them sustainably. Researchers at Penn State University may have found a solution.

A team of scientists led by Penn State researchers developed a device that harvests energy for the IoT. This kind of gadget could eliminate the need for batteries or plugs in IoT devices. On top of powering the IoT, it also reduces energy waste from other appliances.

What Is Energy Harvesting?

What exactly is energy harvesting, and how does it relate to sustainability? In a general sense, it refers to collecting energy that radiates from other processes, whether natural or human-made. Solar power is a kind of energy harvesting, but that's not what the Penn State generator is.

Every time you use any electronics, energy radiates from them via heat and magnetic waves. This energy, although not a whole lot of it, goes to waste. It is enough, though, to power a small appliance like an IoT device.

The Penn State device turns magnetic waves into electricity through a two-step process. First, it converts the waves into physical stress. Then, through a process called piezoelectricity, it converts this stress into an electric current. The result is a power source that uses the leftover energy from other appliances. With this technology, IoT devices wouldn't require any extra electricity generation. They wouldn't need to be plugged in or run on environmentally-harmful batteries.

Most IoT devices available today have less-than-desirable power solutions. Many of them need to draw power from wall sockets like most other electronics. This setup isn't inherently bad for the environment, but more often than not, this electricity comes from fossil fuels.

Some IoT devices use batteries, which come with some environmental concerns as well. Disposable batteries end up in landfills, where their toxic components can leak into the soil. Rechargeable batteries don't have this problem, but they're not perfect either.

The energy-harvesting solution avoids the pitfalls of these other methods. Not only that, but it solves sustainability problems with other devices too. Because energy harvesting uses leftover energy from other machines, it ensures that any electricity that goes to these appliances doesn't go to waste.

Sustainability and the IoT

The IoT has a lot of potential when it comes to sustainability. Many IoT devices offer features like being able to see how much electricity you use with an appliance. Information like this helps people take charge of their energy use and see where they need to cut back.

This advantage is encouraging, but there's still a glaring problem facing the IoT and sustainability, though. The more devices you use, the more electricity you consume, even if they are energy-efficient. This issue is a complex one to tackle, but improving power sources can help.

Through energy harvesting, IoT devices wouldn't require any extra power to run. If this technology becomes widespread, you could use all the IoT gadgets you want without raising the same environmental concerns. Energy-harvesting power supplies bring the IoT to its fullest sustainable potential.