Tuesday, 24 January 2023
0
REM
Air Liquide and Sasol have signed two Power Purchase Agreements (PPA) with Enel Green Power for the long-term supply of a total capacity of 220 MW of renewable power to Sasol’s Secunda site, in South Africa, where Air Liquide operates the biggest oxygen production site in the world. These PPAs are the first results of the Request for Proposal (RFP) process launched jointly by Air Liquide and Sasol in April, 2021, for the procurement of a total capacity of 900 MW of renewable energy. They will significantly contribute to the decarbonization of the Secunda site, and in particular to the targeted reduction by 30 % to 40 % of the CO2 emissions associated with the oxygen production by 2031. 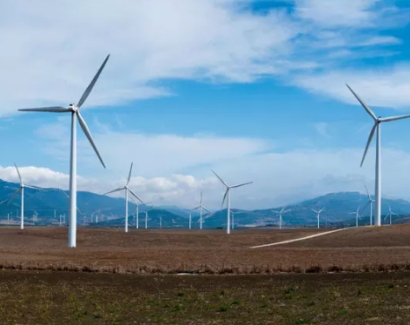 Within the framework of these agreements with Air Liquide and Sasol, two local majority owned wind projects will be created by Enel Green Power, the Enel Group subsidiary dedicated to the development and management of power generated from renewable resources worldwide.

The 220 MW wind powered renewable electricity production capacity is scheduled to be operational in 2025. This agreement is subject to regulatory and financial approvals.

Ronnie Chalmers, Vice President and Executive Committee Member of the Air Liquide Group, in charge of Africa Middle East & India, said, “By signing these long-term PPAs with Enel Green Power, Air Liquide and Sasol actively support the development of renewable energies in South Africa, for the benefit of the South African electrical power system and the fight against global warming.

"This will also contribute to the South African social transformation and a “Just Transition”, and more generally to South Africa’s economy and environment. In line with Air Liquide’s Sustainable Development objectives, and its ADVANCE strategic plan, which include reducing its absolute CO2 emissions starting around 2025 and reaching carbon neutrality by 2050, these PPAs also demonstrate the Group’s capacity to collaborate with its customers to provide solutions which contribute to the decarbonization of its assets as well as of its clients.”

“Sasol’s Renewable Energy Programme is aligned to the government’s REIPPP programme and plays a key role in creating alternative sources of energy for grid expansion to address South Africa’s current energy capacity constraints. Our work in the renewable energy space to secure PPA partners demonstrates the real progress Sasol is making towards its decarbonisation and ultimately, the development of a green economy”, Mabelane added.

In April 2021, Air Liquide and Sasol launched the largest corporate effort in South Africa to procure a total of 900 MW of renewable energy for their operations in Secunda, with an allocation of 500 MW to Sasol and 400 MW to Air Liquide. The two companies are negotiating with the remaining preferred bidders to this RFP to complete the balance of the renewable energy requested within the coming months.

Air Liquide acquired Sasol’s 16 oxygen production units in Secunda and has been operating them since June 2021, in the framework of a long-term supply contract with its long-term partner. Including another Air Separation Unit (ASU) it already operated for Sasol, Air Liquide thus now operates a total of 17 ASUs in Secunda, with a total capacity of 47,000 tonnes/day of oxygen. Air Liquide plans to reduce by 30 % to 40 % the CO2 emissions (Scope 2) arising from its operations on the Secunda site through a multi-year investment and modernization plan and a steep increase of the site’s procurement in renewable energies.