Friday, 30 September 2022
0
REM
Brookfield Renewable together with its institutional partners, announced two further investments in the U.S. renewable energy sector. Brookfield Renewable has agreed to acquire Scout Clean Energy for $1 billion with the potential to invest an additional $350 million to support the business’ development activities ($270 million in total net to BEP). 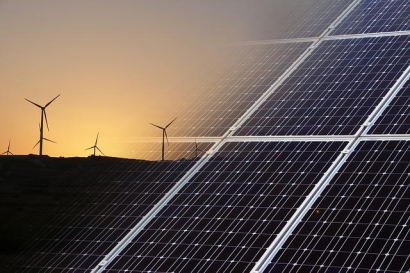 Scout’s portfolio includes over 1,200 MW of operating wind assets, including 400 MW managed on behalf of third parties, and a pipeline of over 22,000 MW of wind, solar and storage projects across 24 states, including almost 2,500 MW of under construction and advanced-stage projects.Brookfield Renewable also announced the closing of its acquisition of Standard Solar for consideration of $540 million with the potential to invest an additional $160 million to support the business’ growth initiatives ($140 million in total net to BEP).

Standard Solar is a market-leading owner and operator of commercial and community distributed solar, with end-to-end development capabilities and a strong track record of delivering high-quality assets.

Standard Solar has approximately 500 MW of operating and under construction contracted assets and a robust development pipeline of almost 2,000 MW and a strong team to execute on significant growth opportunities across several high value solar markets in the U.S., such as New York, Maryland, Minnesota and Maine.

Both Scout and Standard Solar will continue to operate as independent businesses within the Brookfield Renewable U.S. platform. The transactions will be invested through the Brookfield Global Transition Fund I, which is the largest fund in the world focused on the energy transition. Co-led by former Bank of England Governor and Brookfield Vice Chair, Mark Carney, and Brookfield Renewable CEO, Connor Teskey, BGTF I has raised $15 billion to invest across a range of transition opportunities.

Connor Teskey, CEO of Brookfield Renewable, said, “We are thrilled to be putting more dollars to work in our U.S. renewables business. We underwrote both transactions without the benefit of the Inflation Reduction Act so the additional incentives now available represent a significant boost to each business. Our development pipeline in the United States is now close to 60,000 MW and is well diversified across wind, utility-scale solar, distributed generation, and energy storage. Combined with our existing fleet we are well positioned for continued growth as owners and operators of one of the largest diversified clean power businesses in the country.”

Michael Rucker, CEO and founder of Scout Clean Energy, said, “Scout is pleased to be sponsored going forward by an industry-leading partner to help Scout continue to grow our rapidly expanding pipeline of wind, solar and battery storage projects across the United States. With the recent passage of the Inflation Reduction Act, we believe now is the right time for Scout to move into our next phase of expansion with a highly respected and experienced partner, like Brookfield Renewable.”

Scott Wiater, President & CEO of Standard Solar, said, “Through this acquisition, which provides additional large-scale access to capital, Standard Solar is poised for massive growth, enabling us to contribute in an even more significant way to the clean energy transition. We’re looking forward to joining the Brookfield Renewable portfolio, one of the world’s largest renewable energy platforms. Our two companies share a mutual passion for renewables and company cultures that recognize and amplify excellence and equity - we are the ideal match.”

The Scout and Standard Solar acquisitions follow a string of recent clean energy investments by Brookfield Renewable in North America during 2022, including:

Taken together, the Brookfield Global Transition Fund has invested or allocated $3.5 billion for clean energy investments and follow-on capital in North America in 2022.