Thursday, 24 November 2022
0
Robin Whitlock
Northumberland Estates has submitted plans for a solar farm as part of its renewable energy strategy with the potential to power nearly 9,000 homes each year. 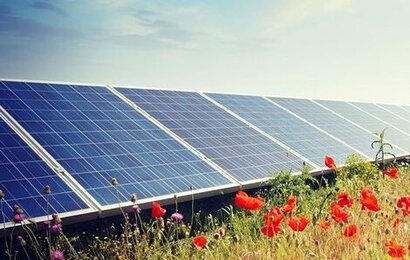 The solar farm in North Tyneside is a major development for Northumberland Estates, extending its offering in the renewables sector and supporting the UK’s commitment to a low-carbon economy. In addition to this scheme, the company has also announced long-term plans to deliver roof-top solar energy and battery energy storage systems that will assist the transition towards clean, domestically produced, renewable energy.

Maximising the potential of renewables will help lower costs in the transfer to a greener, more sustainable, energy system; when fully operational, the 28 megawatts capacity solar farm will offset 7,487 tonnes of CO2 emissions annually.

“Our goal is to help with the transition to a low carbon future through the development and management of new renewable energy assets, which support the delivery of more sustainable energy” said Barry Spall, Development Planner at Northumberland Estates. “The proposed plan for a solar farm in North Tyneside aligns with the Council’s ambitions to make North Tyneside carbon net zero by 2030 and will do so achieving biodiversity net gain and environmental improvements. Faced with increased energy costs it is prudent that the UK reduces its reliance on fossil fuels to ensure cleaner, cheaper energy sources, such as solar, are available to everyone.”

The proposed solar farm is located in the north of the borough and accessed from the B1322 road to Seghill.  As part of the plans, existing hedgerows will be retained, strengthened, and extensive new hedgerows and tree belts would be planted to help screen the solar PV panel array from outside views. All areas identified for solar panels will be seeded with wildflower meadow grassland and be managed carefully to increase the biodiversity and ecological conditions of the site.

Rigorous assessments have been undertaken to ensure that the site is suitable for solar farm development. The time-limited scheme will run for 40 years, generating renewable energy and offsetting CO2 emissions; at the end of its lifespan, the land will be reverted to agricultural land.