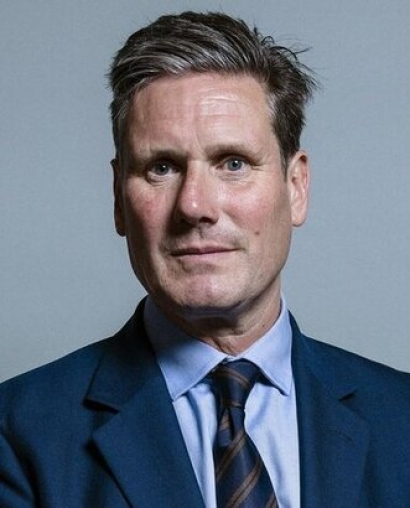 In his keynote speech to the Labour Party conference yesterday (27th September 2022), Keir Starmer backed solar farms as a key part of boosting the rural economy and contributing to “cheaper bills and higher living standards”.

Launching the party’s ‘Green Prosperity Plan’, Starmer said it would turn the country into a “green growth superpower” by providing 100 percent clean power by 2030, five years ahead of the date set by former Prime Minister Boris Johnson.

The “huge national effort” will “treble solar power”, with solar farms “growing rural communities, in the south east, south west and Midlands. This will require a different way of working – the biggest partnership between government, business and communities this country has ever seen,” he added.

“Clean energy is already cheaper than fossil fuels. Nine times cheaper. We just need more of it,” Starmer said. “It will mean new jobs – more than a million new jobs, training for plumbers, electricians, engineers, software designers, technicians, builders. And it will all start within the first 100 days of a new Labour government,” he told the conference.

“The entire solar industry will be very happy with the warm support for the industry given by Kier Starmer today” said Chris Hewett, chief of trade at Solar Energy UK. “It is very welcome that the Labour leadership is so clearly aware of the huge benefits offered by cheap, clean solar power, rather than undermining one of the fastest growing industries in the country.”

In an open letter published today, Solar Energy UK and 18 other organisations highlight how solar farms are a crucial part of the solution to the energy and cost of living crisis. The letter responds to comments made over the summer by the Prime Minister that solar farms are ‘paraphernalia’, claiming that they a threat to UK food supply.

As the letter makes clear, the opposite is true. British solar power and agriculture have gone hand in hand since the beginning of the UK solar industry, the organisations write. Farmers benefit from both rooftop installations and ground-mounted solar farm projects, says the letter, noting that the solar industry works closely with farmers and landowners on their solar projects.

There are many benefits to solar farms, which help defend UK and global food supply by addressing climate change. According to Defra, the government’s department for food and rural affairs, this constitutes the greatest threat to domestic food security.

Solar farms can provide an additional income stream for farmers, keeping their businesses profitable despite the cost-of-living crisis, while also delivering significant local environmental benefits. Well designed and well-maintained solar farms have been shown to support thriving wildlife habitats, providing a range of biodiversity gains for the duration of their lifespan. Sheep are commonly grazed around the panels, too.

The solar industry has developed guidance to support the responsible development of solar projects. This includes Solar Energy UK’s Natural Capital Best Practice report, developed in collaboration with the National Farmers’ Union, ecological consultants and the higher education sector. It has been endorsed by Natural England, the government’s advisor for the natural environment in England.

Solar Energy UK has published a land use briefing detailing the benefits of solar farms to the UK’s agricultural sector.

“The solar industry is a natural partner for countryside management, and I would be delighted to accompany the Prime Minister on a visit to one of the UK’s many excellent solar farms” said Solar Energy UK chief executive Chris Hewett. “She can see for herself how their affordable, clean electricity will help to power the UK out of the cost-of-living crisis.”