For some corporations, fighting climate change is good business

Tuesday, 14 May 2013
11
Richard Crume
Tackling climate change is one of America’s greatest economic opportunities of the 21st century – Climate Declaration It is no secret that the U.S. has fallen behind many other nations in the fight against climate change. 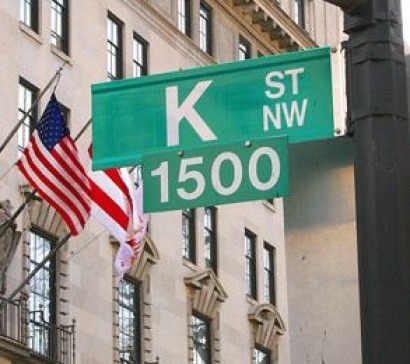 While the preponderance of scholarly research unequivocally demonstrates a warming planet and human cause-and-effect, the K-Street lobbyists in Washington have cast doubt on these studies, and Congress has been slow to act on any meaningful climate change legislation.

To the President’s credit, his Environmental Protection Agency has made some progress in developing regulations that limit greenhouse gases, but this work pales in comparison with the actions needed to make a real difference.

In addition, with the ongoing gridlock between the House and Senate, there is little hope of any significant climate change legislation anytime soon.

Making Progress Amid Gridlock Despite the Congressional inaction, greenhouse gas emissions from fossil fuels fell slightly in 2012, aided by a sluggish economy and an increasing demand for natural gas over oil and coal for power and heat generation. Continued growth in the U.S. renewable energy supply has also helped reduce greenhouse gases, although non-hydro renewable energy continues to represent a small fraction of the total energy supply. 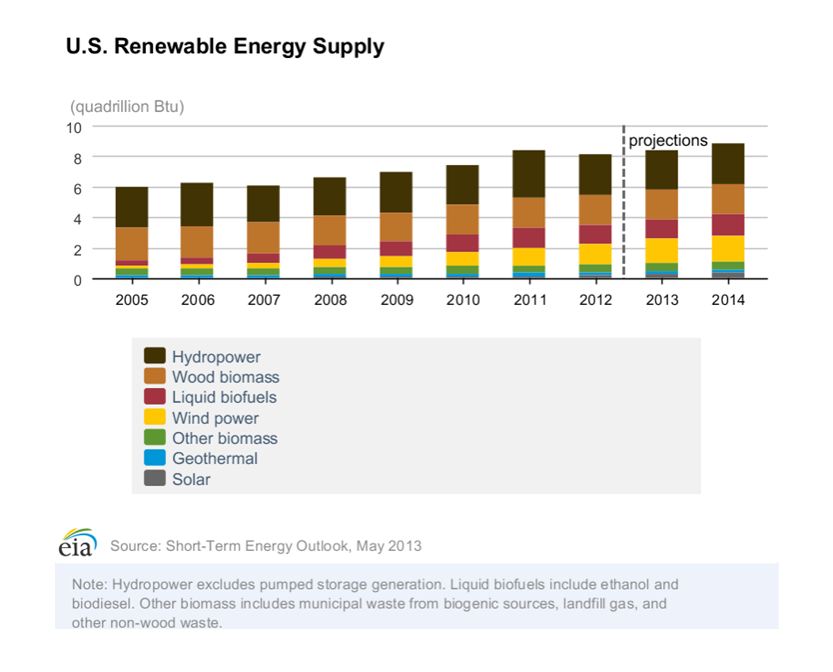 Progress in addressing climate change has also emerged from the Obama Administration’s emphasis on international dialogue and cooperation, including a recent agreement between the U.S. and China to identify new areas for green and low-carbon growth. In addition, the U.S. has just committed to new bilateral talks with Japan on climate change issues. As these economic powerhouses grapple with the growing realization that climate change is real and here to stay, growth in the renewable energy market is likely to accelerate.

Corporations Taking a Stand
While most U.S. corporations remain on the sidelines of the climate change debate, a number of firms doing business in the U.S. are taking action to reduce energy consumption and cut their carbon footprint. To encourage climate change action in Congress, 40 of these firms (as of May 1, 2013) have signed the Climate Declaration (below), urging the U.S. Congress to enact strong climate legislation and to view climate change as an economic opportunity.

Sponsored by the Business for Innovative Climate and Energy Policy (BICEP), a project of Ceres, the Climate Declaration signatories represent a number of well-known brands, such as Adidas, General Motors, IKEA, Intel, Levi Strauss, Nestle, Nike, North Face, and Starbucks. 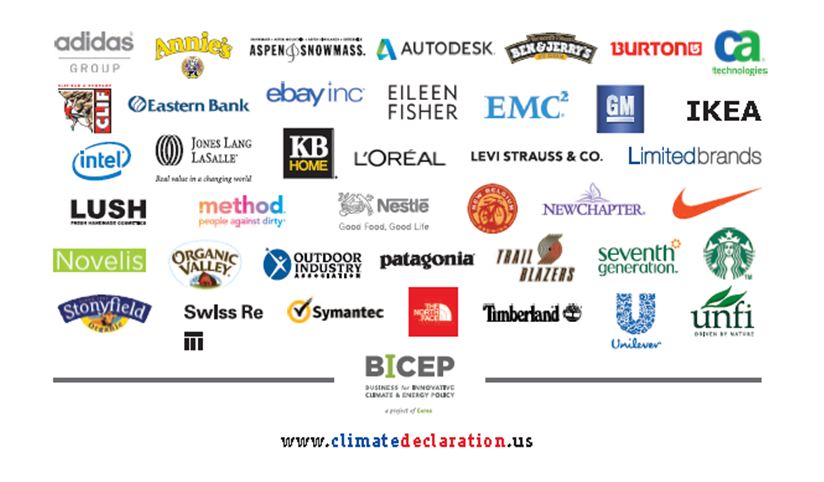 According to Anne Kelly, BICEP Director, “Policymakers should see climate change policy for what it is: an economic opportunity.” And in a Politico opinion piece, “To fix the climate, think like a business,” IKEA USA President Mike Ward puts it this way:

The very same policies that can move the needle on climate change – improving energy efficiency, investing in clean energy, putting a stop to harmful emissions – are the hallmarks of good management at companies across America. And these internal policies are not breaking the backs of businesses; they’re making them stronger.

Cashing in on Zero Waste
In addition to those firms joining the Climate Declaration, others big companies are also seeing opportunities in reducing greenhouse gases and implementing more sustainable business practices. For example, since 2005, Walmart has been committed to becoming 100% renewable energy supplied, to creating zero waste, and to selling products that sustain people and the environment. Walmart's accomplishments include:

Walmart believes it has more solar capacity than any other company in America.

The Climate Declaration argues that business as usual, where the consequences of industrial pollution are externalized and society pays the costs, is not sustainable in the long run. While the lobbyists in Washington continue challenging the established facts and persuading politicians to go slow on energy and climate legislation, a growing number of American corporations have come to an important realization – good climate change policy is also good for business. 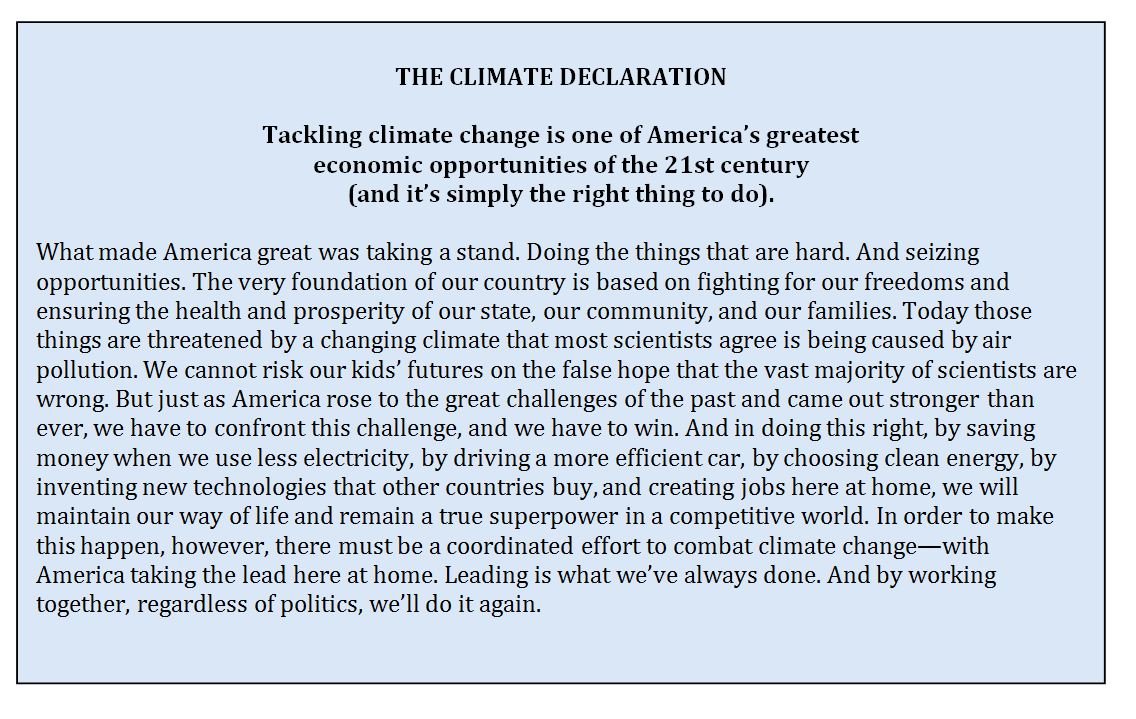 Tags: Climate change , Renewable energy , Waste , Grid , Efficiency , Fuel , CO2 , Hydro , Japan , Oil , China , Solar , Carbón
Add a comment
Jia Qing Du
Where there is a challenge,there is good business and where there is a will ,there is a way. Take green , live green to save the earth is our inescapable resposibilities. I'd like to join you as part of your team contribitor. Looking forward to meeting you in China.
1 2
electric/hybrid