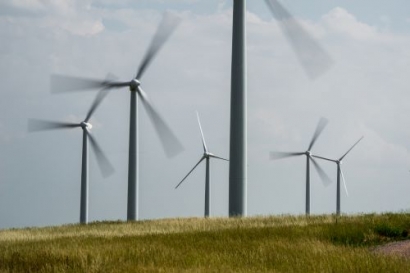 Currently owned by Colwind SA, the Jemeiwaa Kai complex consists of five wind farms: Apotolorru, Carrizal, Casa Eléctrica, Irraipa and Jotomana. The five wind farms have a combined power output of almost 650 MW. Currently in the development phase, the farms are candidates to take part in Colombia’s next round of energy auctions.

Colombia is currently getting ready for its second renewable energy auction, which will take place in the second half of this year. In the first round, held in February, no projects won as they could not fulfill the indicators set by the authorities. The Colombian authorities have proposed a new model for the second round that features seven changes. These changes include a 12-year PPA contract term, setting hourly blocks for the PPAs instead of yearly production and changing the minimum capacity for projects from 10 MW to 5 MW. This auction is a key component in efforts to achieve Colombia’s goal of 1,500 MW from non-conventional renewable energy sources by 2022.

“This will be the biggest wind project in the country, which will make us the leader in renewable power generation in the upcoming years. Our goal is to develop, in Colombia, the most competitive and sustainable portfolio in the entire energy sector,” said Federico Echavarría, General Manager of AES Colombia.

The methodology used by DNV GL to assess the power generation of wind farm projects is considered a global benchmark. DNV GL’s experts assisted AES Colombia in analyzing the wind energy potential of the projects and in evaluating the performance and production of various manufacturers and models of wind turbines. The complete wind data analyzed were processed and validated according to the standards stipulated in DNV GL’s quality control process.

“This transaction is yet another example of the attractiveness of the Colombian wind market that has been growing over the past few years. The technical support DNV GL provides to AES Colombia in its development and purchase of wind farm projects is the strong base needed to invest in newer markets, including Mexico, the Dominican Republic, Panama, Chile and, in this case, Colombia,” commented Andreas Schröter, Executive Vice President Latin America and Central Europe.