Tuesday, 31 July 2018
0
Dan McCue
For the first time, Mercedes-Benz will power an engine plant using electricity from renewable energy sources only. As of 2019, VSB’s Taczalin wind farm, which is located around 10 km from the Mercedes-Benz manufacturing site in the Polish town of Jawor, will supply green energy for the entire high-tech facility. 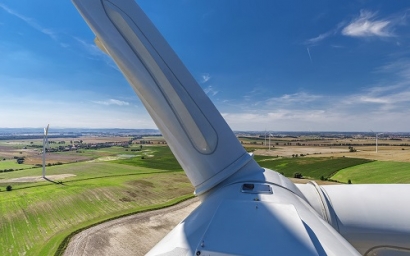 The long-term power purchase agreement between Mercedes and Germany’s VSB is the first of its kind in Poland. The agreement allows VSB to expand its operations and assume a pioneering role in the Polish energy market.

The 22 Suzlon wind turbines were commissioned in late 2013 and have a combined installed capacity of 45.1 MW. VSB Group developed the wind farm and operates it as well.

“In choosing locally-generated electricity from renewable sources, Mercedes-Benz has assumed the role of an international pioneer in the automotive industry. We appreciate this opportunity to assist Mercedes-Benz on their path to carbon-neutral manufacturing,” said VSB Managing Director Marko Lieske.

The manufacturing site will produce four-cylinder engines for Mercedes-Benz cars. The automaker is able to choose wind-generated electricity to power its plant thanks to Poland’s renewable energy scheme. The scheme permits suppliers to offer their electricity on the market or sell it as part of a PPA. PPAs are becoming an increasingly popular marketing tool for suppliers of wind-generated power in Europe and around the world.