Friday, 24 June 2016
2
Robin Whitlock
Britain’s vote to leave the EU has introduced an even stronger sense of uncertainty for British clean energy, but it could get even worse if certain pro-Leave campaigners get their own way. 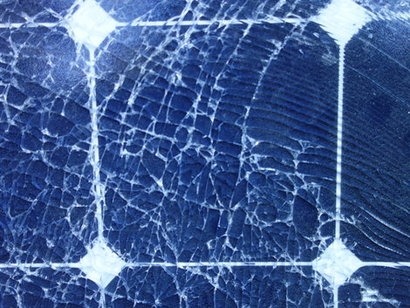 Following the decision by the British voting public to leave the EU, numerous leaders in Britain’s green sector are feeling profoundly concerned at the future of environmental protection in the UK, and so they should be. As James Thornton, chief executive of ClientEarth, mentioned today, it is currently unclear which environmental laws will be retained, since the Brexit campaigners did not have a united position on the matter, and thereby did not make their position clear. Craig Bennett, chief executive of Friends of the Earth, has said that the environment must be at the heart of the UK’s negotiations with Europe and how we create a positive future for the country, but the stark fact of the matter is that there is a real risk that Britain could now return to being the “dirty man of Europe”.

If he has any influence at all in whatever new government follows the Brexit vote, UKIP’s Nigel Farage will undoubtedly follow such an agenda. In April last year, Business Green reported that UKIP had confirmed plans to ditch the UK decarbonisation strategy. Indeed, the 2015 UKIP Manifesto explicitly mentions that the party will instigate numerous measures aimed at bringing back coal in the UK. This would include the setting up of a special commission to investigate the best way of invigorating the coal industry. Once established, the party would expand the industry, particularly through the use of deep, opencast and drift mining. Meanwhile all subsidies for wind and solar would be scrapped in order to ensure a “level playing field” for coal while the carbon floor tax would be discontinued in favour of untested carbon, capture and storage accompanying construction of coal-fired power stations.

A UKIP-influenced scrapping of British decarbonisation plans would also include a repeal of the Climate Change Act. It would close the Department of Energy & Climate Change (DECC), merging it with other departments, and it would tear up emissions regulations for power plants. UKIP’s manifesto does mention solar and hydro, but realistically, if these were included in any UKIP energy strategy, they would only play a minor role. As for wind, Farage believes it is “hopelessly inefficient” and that wind farms have “blighted landscapes and put money into the pockets of the wealthy landowners and investors while pushing up bills for the rest of us." Therefore, coal, nuclear, shale gas, conventional gas and oil would become the major UK energy technologies, in defiance of everything that was agreed at the Paris climate change meeting last year. In effect, given any influence at all, Farage’s party would willingly set the UK back thirty years or more.

Nevertheless, there are some grounds for hope in that, according to Richard Black, director of the Energy and Climate Intelligence Unit, the strong cross-party majority in both the House of Commons and the House of Lords in favour of reducing emissions would prevent the scrapping of climate change energy, although Will Nichols, senior environment and climate change analyst at Verisk Maplecroft, has argued that a post-Cameron government could simply ramp down its contribution to the Paris agreement or even completely ignore it.

To his credit, Boris Johnson did speak out against central government cuts to solar subsidies. However, he also rejected a London Feed-in tariff for solar and under his watch, London has seen some of the lowest levels of solar deployment in the UK. He was also on record some years ago as being a ‘climate sceptic’, to the embarrassment of London’s scientific community.

Michael Gove has a similar reputation, and indeed only reversed his famous pledge to drop climate change from the geography national curriculum due to pressure from the, then, Energy and Climate Change Secretary, Ed Davey.

The Leave campaign’s message would also have been somewhat more reassuring if they hadn’t accepted notorious climate change denier Nigel Lawson onto their campaign committee. Lawson is the founder of the Global Warming Policy Foundation (GWPF) which has been promoting climate change scepticism for years.

In essence, like many other issues, the major problem is the uncertainty. But while Johnson and Gove could perceivably continue to support the UK’s clean energy and climate change commitments, Farage is clearly a very dangerous man. If it begins to look likely that he will find his way into the new administration, or succeed in having any major influence upon it at all, the British clean energy sector and environmental community needs to fight against such a prospect with all its strength.