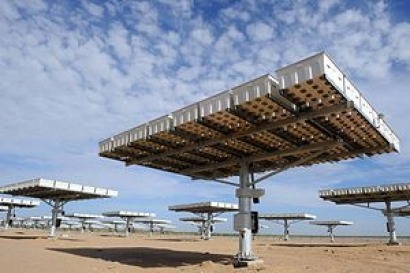 While China and the US are the largest CPV markets globally, South Africa is expected to make a significant impact on the global arena by 2020, the study by Global data says.

The research and consulting firm also sees major activity in the US, Australia, Portugal, Italy and Spain.

“South Africa’s climatic conditions are highly suited to CPV technology, due to high Direct Normal Irradiance (DNI) rates throughout most of the country and the availability of vast expanses of land," said analyst Harshavardhan Reddy Nagatham.

“South Africa’s first CPV plants were commissioned in 2010 and had a combined capacity of 0.2 MW, but the country now has the world’s third-largest installed CPV capacity, despite only having an installed Photovoltaic capacity of 1.5 GW,” Nagatham said.

While GlobalData forecasts that South Africa’s CPV installed capacity will hit 193.3 MW by 2020, China will lead the world with 582.3 MW by the end of the forecast period.

“China remains the fastest growing CPV market in the world, high DNI concentration levels in the western part of the country combined with China's manufacturing capacity, has made it home to the largest existing CPV plants and the highest number of upcoming large-scale plants," Nagatham   said.

“The government has targeted 100 GW of installed solar capacity by 2020, but there has been speculation that the target will be revised to 200 GW. While only a small portion of this upcoming capacity would be in the form of CPV installations and the rest would be regular PV installations, China would still represent a major part of the global installed CPV capacity in 2020,” the analyst concludes.