Thursday, 05 February 2015
0
Robin Whitlock
A new survey released by the Department of Energy and Climate Change (DECC) has found that support for onshore wind farms among the British public has increased to 68 percent. 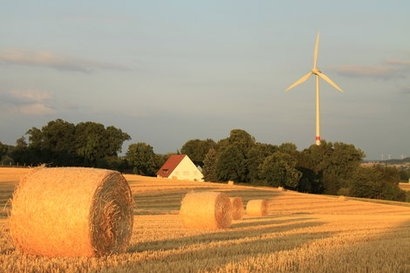 The survey also found that opposition to wind energy has fallen to a record low of 10 percent while support for offshore wind remains solid at 74 percent. Wave and tidal energy has enjoyed a surge in popularity with support rising to 74 percent. Support for hydraulic fracturing (‘fracking’) has fallen from 26 percent to 24 percent.

“It’s great to see public support for onshore wind is increasing, with more than two-thirds of people consistently saying they want Britain to make use of it, and that support for offshore wind and wave & tidal energy remains even higher” said Dr Gordon Edge, Director of Policy at trade association RenewableUK. “That’s why it’s so hard to understand why the Conservative party is turning its back on onshore wind, threatening to kill off the industry if it wins the next election. Independent polls show that David Cameron is totally wrong to claim that people are “fed up with” onshore wind – they show the reverse is actually true, and that being anti-wind is a net vote loser.”

RenewableUK is hoping that, even as the manifestos are being written, the Conservatives will see how misguided it would be to oppose onshore wind.

The survey is the 12th in DECC’s Public Attitudes Tracker series and used face-to-face interviews with a representative sample of 2,119 households in the UK.