Do you have control over NIMBY?

Tuesday, 14 June 2011
5
Al Maiorino
Al Maiorino from Boston (US) is the latest expert wanting to share his views with Renewable Energy Magazine's readers. In this piece, Al discusses the rise and rise of NIMBYism: a social phenomenon that regularly hinders the development of new renewable energy projects. 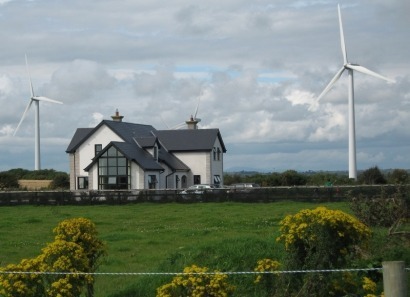 Picture this: The Chief Executive Officer of a large biomass corporation wants to pursue a new development. The economic difficulties haven’t slowed his company so he decides to expand his business and build a new plant near a small town in the Midwest. The company’s management team constructs the business plan, collects the proper paperwork and gets ready for the approval process. All of a sudden the zoning commission holds off on granting their permit. Why? Residents of the areas near the proposed site created an opposition group to fight the project. Despite the fact that the new development would create jobs, increase the tax revenue and improve the local economy, the community doesn’t seem to understand these benefits. The residents say the facility would be too close to their homes and may be potentially hazardous to their health. They are concerned about waste in the soil and water. They say the construction would create too much noise, pollution, and traffic. This is when the CEO realises that opposition is indeed a road block that may halt or even destroy his project. So what does he do now? The problem that this company is faced with is not so uncommon. It is called the ‘Not In My Backyard Syndrome’ (or NIMBYism). It consists of strong opposition by one person or a group of people to a new project or development in their community. The key to NIMBY opposition is in the location of a proposed construction. It has been suggested that the NIMBY syndrome stems from self-preservation. Communities simply don’t want anything that may potentially be dangerous to their health, or merely to their lifestyle and community vibe. Whatever may be their motivation, NIMBYs, as they are commonly referred to, are very likely to organise quickly to communicate their opposition to a local project in an effort to curb development.

The origins of NIMBYism are somewhat vague. Some scholars believe the concept originated as early as the 1950s. They claim that the nuclear research and development in the United Kingdom and the United States during the early post-World War II period is what planted the seed of NIMBYism. People acknowledged the force and power of nuclear reactors, but did not completely understand how nuclear energy worked. They feared it as the unknown, thus expressing scepticism to the construction of plants and research facilities in their neighbourhoods. Those were the days when the modern NIMBYism was born. However, the real blossom of the practice of communal opposition to development happened in the 1980s. During that period and the new industries (biomass, solar and wind power etc.) were developing, and the ‘traditional’ ones (mining, real estate, transportation etc.) were expanding. Relative stability in world politics and economy allowed people to redirect their attention from the global issues to the lives and wellbeing of their own communities.

The main difference between NIMBYism of 1980 and 2011 is that three decades ago, community concerns were reasonable and justified in most cases. With the technology available during that period, building a biomass plant could mean noise, traffic, and pollution. The equipment and safety protocols were far less advanced than they are today. The renewable energy business, however, has come a long way since then. With the use of modern technology and strict government regulations, the inconvenience caused by any sort of development is usually reduced to the minimum. However, the sentiment of opposition remains, as does the stigma of a biomass development near one’s home.

The NIMBYs always find a reason to oppose development. It seems that very often they are simply “in it to win it.” They oppose just for the sake of making a statement. Remarkably, members of NIMBY groups frequently support development in general – they advocate for clean energy, better transportation, more retail opportunities, and creation of new jobs. However, when a biomass plant, a train depot, a shopping mall or a coal mine construction is proposed in their neighbourhood, NIMBYs quickly organise into an opposition. In addition, ‘controversial’ and culturally unfamiliar issues usually trigger ambivalent responses. Many people are in favour of anti-drug campaigns, HIV research facilities and rehabilitation centres. Yet they wouldn’t want a needle exchange clinic, a mental institution, or a halfway house in their community. The society as a whole understands the necessity of all these projects. In reality, virtually nobody wants to make their backyard available. Therefore, the physical proximity to a development seems to be the main criterion in NIMBY activity.

Another issue is the extent and the reach of the NIMBY syndrome. The “Backyard” has grown so vastly that nowadays NIMBYism affects companies all over the world. NIMBY has no regard for geography or sovereign borders. From New York to Tokyo, from London to Mumbai, businesses in the renewable energy industry are looking for ways to win this battle. Naturally, companies in relatively young industries are most susceptible to NIMBY opposition. People attack wind and solar energy farms, biomass and biofuel plants because they still fear these projects as the unknown, as they did with nuclear research.

If your firm finds itself involved in a NIMBY fight, take the steps necessary to ensure the proper message is getting out to the public. Very often the opposition stems from misinformation and poor communication between project representatives and the community. In this case, it is better to play on the offensive. Instead of waiting for the opposition to grow, present them with the facts.

When it came down to it the CEO of that corporation had a decision to make. He could choose to ignore the NIMBY fight, avoid communicating with the local community and take the situation to an unnecessary level of tension. Instead the company’s management team hired a specialised firm that developed a strategy, engaged in conversation with the community and encouraged the proponents of the project to voice their support. Soon after the conflict was put to rest, the permit was granted and the company went on to build the biomass plant.

Tags: Biomass ,Nuclear ,Renewable energy ,Jobs ,Solar ,Transport ,Wind ,Biofuel ,Fuel ,Oil ,SAF ,United Kingdom ,United States ,Waste
Add a comment
al maiorino
thank you
raqmoRoKIiSWaSxJr
Yo, good lokoin out! Gonna make it work now.
Ken
Compensate people for their loss of property value, quit ignoring the impact on quality of life and honestly tell me you would put your house next to a wind farm with all the noise and bird kill. If you would choose to put your home in line with the potential trajectory of a failed propeller or in ear shot of the noise and visual flutter it makes in normal operation then you can point at the NIMBY's with honesty. But in fact, Mr CEO, you would not put your family in this situation but rather would shelter them from any hint of industry no less a wind turbine. Arrogance is the problem. Be green if you want but do it at your own expense, not someone else who has no power to object to your plan to rob them of their property and life style just so someone else can crow about being green. Green should be green for everyone, not just the priveleged. These things should be remote NOT in someone's backyard anyway!
aaa

Well whiners, how do you like a dose of your own medicine? Non-reasonable demands by imbecillic *** stopped industrial developement of highly capable facilities in the 1980s (when NIMBY screwed over utilities) which led to manufacturing moving to China, which led to reduced incomes in the west, an increase outflow of cash and a subprime mortage crisis along with unemployment which set the west on a debt spiral. Now the west is non-competitive in manufacturing (only cars and turbines are left as competitive industries) and while China puts up a fan or two to appease melons in the west, two of their coal plants produce as much power as their entire renewable fleet (minus hydropower). It would be laughable if it wasn't such balatant propaganda.