Monday, 02 April 2018
1
Al Maiorino
The destructive Category 4 hurricane Maria struck the island of Puerto Rico on September 20th, devastating the island and knocking out all electricity, leaving 3.4 million residents in the dark.For months, the citizens of Puerto Rico have endured the unimaginable, as homes, schools, hospitals, airports, and police headquarters struggled to gain power and keep it on.The widespread destruction combined with loss of both power and running water caused over 200,000 Puerto Rican residents to flee to the mainland United States. 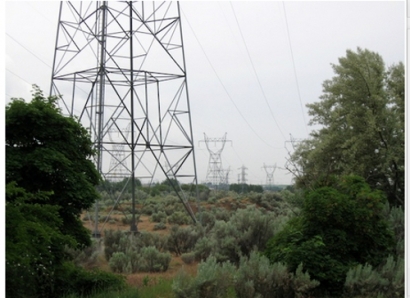 Power restoration has been a slow and complicated process due to the decades out of date grid and power lines that have been in need of critical maintenance. In Puerto Rico, the electrical infrastructure is aboveground and exposed to the elements. Intense winds and downed tree branches damaged power lines, transmission towers and substations that were already weakened by Hurricane Irma that hit less than two weeks before Maria.

Any energy project, renewable or not, will not succeed without a reliable grid. Any hurricane would cause damage to an energy grid, but Puerto Rico faced even greater challenges because the grid was already vulnerable.  As the grid is rebuilt, Puerto Rico will need a massive public outreach campaign to explain grid construction as well as any new energy projects associated with the grid. Here are some tactics and points that should be integrated in a public outreach campaign to build public support and educate residents on grid construction and energy projects:

Open dedicated social media accounts for grid construction and energy projects to reach residents affected and update them with regular posts about the ongoing progress, convenient resources, and myth-dispelling materials.Paid advertising is cost-effective on social media platforms, and it helps to build a target audience and promote both awareness of the project and resources that help the community learn more. Producing a one-minute video to allow the audience to obtain key ideas about a renewable project or ways to get involved can be extremely effective in increasing any presence on social media and building support amongst members of the community and public officials.

Contacting stakeholder groups both locally and regionally to coordinate grassroots efforts can amplify messaging through newsletters, email blasts, and presentations to the organization’s members. Stakeholders can include a variety of people and groups, from elected officials, business groups, and neighborhood groups to civic and nonprofit groups, and even education committee organizations. The community should be largely involved in all project discussions and meetings because they need to be assured their concerns and opinions are going to be accounted for in any project plans.

Organize meetings with project officials and residents in an auditorium-like setting. Create a PowerPoint presentation to educate the public on the grid construction, along with fact-sheets and other relevant materials. Allow some time at the end of presentations to hear concerns from residents and answer any questions they might have.

A “Twitter Town Hall” can also be held for the residents who cannot meet face-to-face because they have left Puerto Rico temporarily but may still want to be involved in the discussion. In a Twitter Town Hall questions are labeled with a hashtag, so anyone viewing the feed knows it's specific to the event. The questions are forwarded to the agency or moderator so that it can address each one properly. A Twitter Town Hall has proven to be an effective and quick-acting tool that helps organizations spread information, as well as get in touch with the public for various objectives and programs. It is also important to continue the conversation after community meetings, whether attended digitally or in person.

This tactic may be difficult given the destruction from hurricane Maria, but door-to-door canvassing will gain respect from residents who have suffered the unimaginable. Be sure to bring plenty of literature about the project, ways to connect and other relevant materials. Be prepared to answer questions and hear concerns from residents. Although it is time consuming, making that face-to-face contact will be worth it in the end.

Tags: Grid ,Electricity ,United States ,Wind
Add a comment
PLUGGERS
INTERNET SCAM ALERT‼️ The internet today is full of SCAM ADS, mostly in comments of various sites and blogs. A large number of individuals have been victims of scam and lost of money to SCAMMERS. Most of the common scam are
¡Suscríbete!
biogas