Tuesday, 03 September 2013
2
Al Maiorino
On July 30, newly appointed EPA Chief Gina McCarthy made her first key note address about the benefits that solutions to climate change pose to the economy. In line with the Obama administration’s crack down on the pollution that causes global warming, McCarthy detailed the ways in which curbing emissions will create jobs and bolster the economy through innovative business practices. 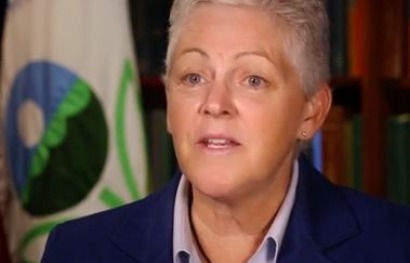 While this school of thought remains a source of conflict between the administration and the fossil fuel industry, what lies ahead in terms of new mandates could lead to a roadblock for both traditional and alternative energy producers. “Not in My Backyard” (NIMBY) opposition could be the roadblock President Obama does not see coming.

From both McCarthy’s address and President Obama’s June 26 speech on climate change, it is clear that the administration will pursue stricter energy standards in the coming months. However, the “environmental improvement” that McCarthy spoke of will likely spark a broad display of NIMBY activism by those who desire to stall or even cancel the clean energy projects aimed at reducing the effects of global climate change.

Even as technology evolves with greater investment in alternative energy research, such solutions are now creating greater controversy locally due to the opposition to projects that arises within communities.

According to a March 2013 Gallup poll, 59 percent of Americans surveyed prefer alternative methods of energy production while only 31 percent favor traditional methods. However, despite this nearly two to one ratio in favor of renewable energy production, NIMBY (Not in My Backyard) sentiments are deeply embedded within public opinion.

Battles among members ofCongress are not the only struggles that will occur as a result of the administration’s pledge for a cleaner environment. Despite the benefits of increased revenue or employment opportunity that a renewable or traditional energy project might bring to a community, NIMBY activists will oppose development to waste local government resources by seizing time at local hearings and consistently lobbying their cause to community leaders. NIMBY opposition is one serious cost to the economy that Gina McCarthy and the EPA neglected to mention.

NIMBYism still exists in the greenest of places, showing that NIMBY activists oppose more than just cell phone towers and landfills in their communities. The Huffington Post ranks Vermont as the “greenest” state in the country. Yet in Vermont, NIMBY activists still rallied a strong base of support that argued in favor of a three-year moratorium on wind energy construction projects last January.

Though NIMBY activists often comprise only a small segment of the population, the Obama administration should be encouraging green infrastructure developers to focus efforts on educating residents in the proposal area as early as possible. This way, a coalition of support can be organized to create an equally strong voice in favor of any project.

The administration is no stranger to effective grassroots organizing, given its innovative use of social media in two successful presidential campaigns, and this form of activism will be crucial as the administration pursues various solutions to combat climate change. While third party support cannot be underestimated, it is important for those pursuing the administration’s goals to rally a few dozen “regular citizens” to attend meetings and hearings. One way this can be accomplished is through direct mailings to residents living in the town or specific districts in which the renewable projects are proposed. A mailer with a tear-off component that asks supporters if they will speak at a hearing or write a letter or a newspaper or local official can be returned to the developing company to establish a “go-to” supporter database.

Furthermore, coding these supporters into a database allows for targeted outreach in specific legislative districts with phone banking or email advocacy throughout the course of regulatory approvals on the local level. Polling is also useful to find out which benefits of the project resonate most or least with residents. The resulting display of support and vocalization of the supportive side can really make the difference at hearings with the persuasion of local officials.

As Congress continues to battle fervently over the positives and negatives of solutions to climate change, one thing remains clear. Residents are quick to oppose developments in their community despite the obvious benefits they may pose. While jobs and revenue are benefits of both renewable and traditional energy sources, each type of project is subject to its own arguments against development according to NIMBY activists.

Ultimately, education campaigns through targeted outreach to the community are key to making the supportive voice the strongest voice. With an administration so aware of the powers of social media, government agencies that speak in favor of the clean energy mandates that will be subject to NIMBY opposition should start their grassroots movements to build support in local communities before it is too late.

There is a simple solution to NIMBYism. Congress needs to pass a law that limits the scope and effect that NIMBYism can place on a project. If NIMBYs were allowed a 5% say in regulating system sizes or effecting a system's cost or energy production, then the NIMBYs would feel like they had some say, but projects would still move forward. In my personal opinion I don't think NIMBYs should have any say whatsoever.

Frances Babb
There is a simple solution to NIMBYism. Congress needs to pass a law that limits the scope and effect that NIMBYism can place on a project. If NIMBYs were allowed a 5% say in regulating system sizes or effecting a system's cost or energy production, then the NIMBYs would feel like they had some say, but projects would still move forward. In my personal opinion I don't think NIMBYs should have any say whatsoever.
¡Suscríbete!
pv