How to avoid waves with your tidal or wave energy project

Thursday, 04 October 2018
0
Al Maiorino
Tidal and wave energy has seen its share of bumps in the road .... or waves in this case.   Public opposition coupled with rising costs of technology has become a thorn in the side to the industry. Companies are investing globally in technology to harness this power. Energy companies are recognizing the potential of these technologies. In June 2018, Ocean Power Technologies, a U.S. company, filed a patent for devising a method in controlling wave energy generation devices in low to moderate seas. 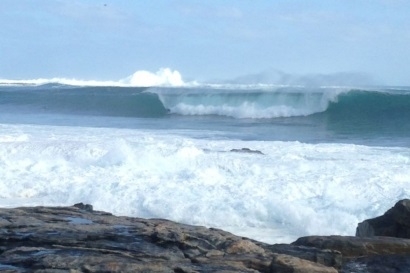 Recently the UK government decided to end plans to build the world's first tidal lagoon off of Swansea Bay in Wales.  This would have been the first of six tidal lagoons in Britain, of which four would have been in Wales.   Costs and lack of influential lobbying were cited as some of the reasoning behind the decision.  However what about grassroots lobbying?  Why not form coalitions to support tidal/wave energy to influence public officials?  Each project is unique and has challenges. However, there are also benefits to every tidal or wave energy proposal.

With nations such as Ireland seeking commercially viable wind energy by 2030, the industry still needs to gain footing with the cost structure, and for each project, the public.  Recent headlines such as "Canada to boost support for riskier forms of renewable energy" or "Wave energy project built with £42million of taxpayers' money has yet to produce ANY electricity despite already running for eight years," do not help the cause.  Yes, tidal and wave energy may be new, but as technology unfolds the financial and other risks will dissipate.

There is a common dominator to this type of energy - financial commitment. Recently Ottawa committed $30 million for tidal energy, and Nova Scotia is committing $23 million as well.  To date, more than £450m has been spent in the UK wave and tidal supply chain - not to mention that the global industry is forecast to be worth up to £76bn by 2050.

Here are some suggestions to ensure that the supportive voice is the strongest voice to help move tidal and wave energy projects over the goal line:

Create a website just for the project, to explain the process of tidal energy, disseminate facts and dispel rumors.  A website is also a great way to have residents ask questions, submit letters of support, and communicate with the energy development team of experts.

To explain tidal and wave energy to skeptical residents will take a public education campaign, and no better place to start this than with a community open house.  An open house allows the development team to showcase the process of tidal and wave energy, and alleviate concerns by dispelling rumors and half truths that may have circulated.  It is a great way for one-on-one communication with residents and those who live near the water who may feel they are more impacted.

For those who do not have access to the internet, door-to-door campaigning will be the most effective method of relaying project information, especially those who live on the water, and may have stronger feelings on the project.   Neighbor to neighbor communication is vital.

All land use, or in this case, sea use, is local.  Building support from the ground up is often a good way to have these projects approved in a timely and more cost-efficient manner.

Al Maiorino started Public Strategy Group, Inc. in 1995. His firm has developed and managed multiple corporate public affairs campaigns in a variety of industries such as gaming, cable television, retail development, auto racing, energy and residential projects. Additionally, his firm has worked on projects in twenty-three states and three countries.