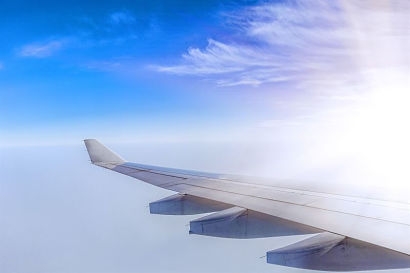 The study revealed that recent public debate of flight-related emissions has had an effect on Finnish consumers. 80 percent of all respondents considered renewable aviation fuel an interesting or very interesting option, as it has a concrete impact on emissions where they are generated. Of all respondents, 50 percent said that they are aware of emissions resulting from air travel, and 52 percent felt that reduction of air traffic emissions is a serious or very serious environmental issue. More than 2,000 responses were received in the study, which combined quantitative and qualitative methods.

“The current year largely determines whether the increase of CO2 emissions from aviation can be halted by 2020” said Andreas Teir, Neste's Vice President for Business Development in Renewable Products. “Any increase in air traffic must be carbon-neutral after that also, which means that we need to find long-term solutions. Since this is such a hot topic right now, we wanted to get the consumers’ perspective: how they feel about flight-related emissions, and what solutions they prefer for solving the problem together with airlines and airports”.

Teir added that the results of the study emphasized the importance of transparency, which Finnish consumers expect from any offsetting or compensation payments and their impacts. The respondents appreciated renewable aviation fuel for its ability to reduce emissions in a concrete manner at their source. Therefore, the respondents preferred it over other means of compensating for flight-related emissions

Depending on the fuel mix, renewable aviation fuel may reduce the flight’s greenhouse gas emissions up to 80 percent compared to fossil fuel. Renewable aviation fuel is more expensive than fossil fuel but a total of 66 percent of respondents said that the additional cost of renewable fuel should be transferred to the ticket price. They felt that all passengers would then carry equal responsibility for reducing emissions.

34 percent of the respondents were interested in purchasing renewable aviation fuel as an additional option when buying their ticket. They preferred this option because “it would feel like my choices really have an impact.”

“This result was very interesting, as respondents were not provided with alternatives but were instead asked to state a figure” Teir said. “The averages were quite high – people were prepared to pay up to 20 percent more if renewable jet fuel would be used”.

The results also prove consumers’ desire to make any compensation method as easy as possible to use. The respondents were not interested in visiting third-party websites or downloading apps. Instead, most of them wanted to include the compensation in the ticket price. This would make it easier to compare ticket prices and make buying decisions.

Renewable jet fuel is currently the most effective realistic method of reducing emissions in aviation. Neste produces renewable aviation fuel at its refinery in Porvoo, Finland and intends to also expand manufacturing to its refinery in Singapore.

Teir explained that renewable fuel will play an important role in reducing the carbon dioxide emissions of aviation, although regulation will have a strong impact on how quickly operators will switch from fossil fuels to renewable fuels. Therefore, it is important to increase people’s awareness of the benefits of renewable aviation fuels to ensure that regulation will soon begin to support the transition in aviation as it already does in road traffic.