Wednesday, 25 November 2015
0
Dan McCue
A recent shift in interest from starch-based ethanol to cellulosic ethanol has helped spur growth in the biofuel enzyme market, according to a new analysis by BCC Research. 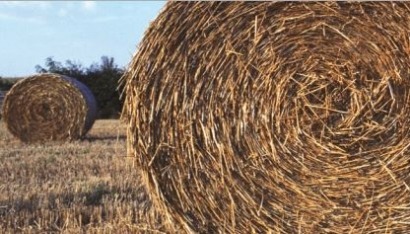 In a new report the consultancy says researchers have produced low-cost cellulosic ethanol using techniques that have significantly lowered the cost of biofuel production, which has boosted market growth.

The need for alternative energy sources other than traditional fossil fuel is increasing as global energy consumption continues to grow. Various types of feedstock are being considered for producing alternative fuel, of which biofuel enzymes play a vital part.

Biofuel, as one of the best alternatives to fossil fuel, is biodegradable, non-toxic and produces few emissions. This report analyzes the future direction of the biofuel enzymes market, which includes amylase, cellulose, xylanase, lipase and other enzymes such as protease, lysomax, and FermaSure.

The U.S., the region with the highest five-year CAGR at 11.3%, should reach $355.7 million through 2020. The emerging market region, chiefly represented by Brazil, China, India, Thailand, Japan, Australia and South Africa, is projected as the largest segment with revenues totaling $389.7 million through 2020.

The U.S. trails the emerging market countries but is ahead of European countries due to the presence of novel enzymes and techniques as well as government aid and support. The European region is also growing due to a biofuel mandate by the E.U. and the launch of products and plants.

A key driver of the biofuels market is the increased production of cellulosic ethanol. This, along with second-generation feedstock, has made it easier to produce cellulosic ethanol and other varieties of enzymes.

"For example, Codexis Inc.'s launch of novel enzymes, as well as the use of enzyme cocktail mix for lignocellulosic matter, has helped to make second generation biofuel a reality and cellulosic ethanol production cost effective."

Global Markets and Technologies for Biofuel Enzymes (EGY099B) examines each market and its applications, regulatory environment, technology, and future strategies. The report analyzes both the types of biofuel enzymes and total market for amylases, cellulases, xylanases, lipases and other enzymes. Market dynamics, growth drivers, inhibitors, opportunities, and forecasts trends and revenue through 2020 also are provided.