Thursday, 09 November 2017
0
Robin Whitlock
The Steering Committee of the European Technology and Innovation Platform (ETIP) reached agreement on the position paper of the platform on the RED (Renewable Energy Directive) II proposal in late October and has now published its report. 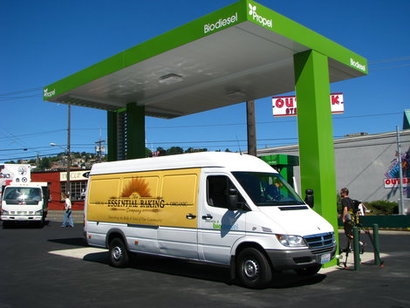 The Renewable Energy Directive establishes an overall policy for the production and promotion of energy from renewable sources in the EU. It requires the EU to fulfil at least 20 percent of its total energy needs with renewables by 2020 – to be achieved through the attainment of individual national targets. All EU countries must also ensure that at least 10 percent of their transport fuels come from renewable sources by 2020.

On 30 November 2016, the Commission published a proposal for a revised Renewable Energy Directive to make the EU a global leader in renewable energy and ensure that the target of at least 27 percent renewables in the final energy consumption in the EU by 2030 is met.

ETIP Bioenergy believes that sustainable bioenergy has a key role to play to reduce greenhouse gas (GHG) emissions in the EU energy mix, as required by the Paris Climate Agreement, decreasing European fossil fuel dependence. It believes that the promotion of bioenergy in the EU should be based on sound sustainability criteria, including a high GHG emissions reduction performance. As for the use of biofuels in transport, attention should be given to the need for high quality biofuels so that they can be successfully introduced and gain high market shares.

ETIP Bioenergy welcomes the new binding obligation for low emission and renewable fuels including a separate share for certain biofuels (Annex IX, part A). However, it questions the relatively low level of ambition for renewables and low emission fuels (6.8 percent by 2030). This objective seems incompatible with the need to strongly decarbonise the transport sector up to 2050 and should be set significantly higher.

ETIP Bioenergy also supports that a specific minimum sub target for advanced biofuels produced from Annex IX Part A feedstocks (distinct from Annex IX Part B) should be defined. However, Part A also contains feedstocks that can be converted by conventional technologies into biofuels with application potential. However, the concern is that this waters down the incentive for advanced technologies. Furthermore, specific measures will be required to ensure a sufficiently stable market for a sustainable deployment of advanced biofuels based on lignocellulosic feedstocks, taking into consideration their higher market and technology risks. Moreover, EU biofuel policy U-turns in the past decade have effectively stalled investments and should not be repeated.

The proposed gradual phase out of crop-based biofuels does not take into account that many crops-based biofuels have good actual GHG performances, including low ILUC.  For this reason, ETIP Bioenergy is calling for more refined regulations for crop based biofuels, with specific incentives and disincentives. This will allow for further development of sustainable crop-based biofuels with low risk and improved performance and eliminate unsustainable practices. ETIP feels there is significant existing capacity of EU crop-based biofuels which can contribute to 2030 climate goals without bringing the adverse side effects that led to the phase-out policy, and this volume can be further increased with the appropriate incentives in place.

The RED II also covers synthetic fuels from renewable hydrogen and fossil CO2. While in principle, this route could provide new opportunities, there is a clear risk of ‘CO2 leakage’ effects and improper administration of emissions. ETIP believes it is pivotal that a scientifically sound method for estimating GHG merits is developed and agreed upon. While the hydrogen could be produced by renewable electricity, when mixed with CO2 such fuels should not be termed ‘renewable’ unless the carbon content is of non-fossil origin (for example from biomass or air capture), in which case they may be treated equally with biofuels. For all such fuels, the same minimum requirements for CO2 reduction should apply (as compared with conventional fossil fuels) as will apply to biofuels.