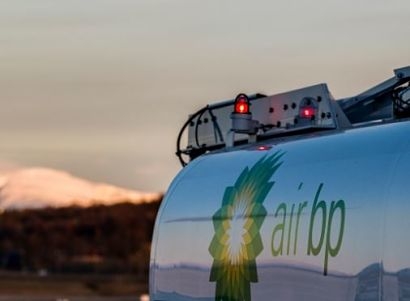 The airports in question are Stockholm Arlanda, Åre-Östersund, Malmö, Göteborg Landvetter and Umeå. Swedavia will utilise the fuel primarily to offset the carbon emissions impact of staff travel across its locations.

Sustainable aviation fuel has been produced by Neste, and supplied by Air BP at the five airports in Sweden to help reduce emissions from Swedavia’s corporate staff air travel. Neste’s sustainable aviation fuel is produced from renewable waste and residues, among others from used cooking oil. The. The fuel supplied will produce up to 80 percent less greenhouse gas emissions over its life-cycle compared with conventional jet fuel.

“I want to congratulate Swedavia for its courageous decision to use sustainable aviation fuel as a means of decreasing greenhouse gas emissions from corporate staff air travel” said Peter Vanacker, Neste’s President and CEO. “I firmly believe Swedavia’s example will be followed by many companies over the next few years, as corporations pay close attention to their corporate air travel footprint, seeking to operate their businesses in a more environmentally responsible and sustainable way”.

Jonas Abrahamsson, president and CEO of Swedavia added that reconciling people’s need to meet with the absolute necessity to transform the transport sector and make it fossil-free is one of the most important challenges of our time. Being able to fly in a way that is environmentally sustainable is an essential requirement in order for air travel to also be a transport mode of the future that links Sweden together and links it with the rest of the world.

“Susainable aviation fuel is one of the tools that will get us there” Mr Abrahamsson said.

Currently, sustainable aviation fuel offers the only viable drop-in alternative to fossil liquid fuels for powering commercial aircraft. Neste is increasing renewable jet fuel production volumes significantly over the course of the next few years to meet the demand. Neste has announced that it is ramping up capacity to produce up to 100,000 tons per year total in the US and Europe. With the planned Singapore refinery expansion Neste will have the capacity to produce over 1 million tonnes of low-emission renewable jet fuel by 2022.