Thursday, 16 May 2013
747
Dan McCue
Russian Railways has been increasingly using bio-fuel to heat railroad cars at un-electrified sections of the national railroads, according to a report in Bellona.ru. 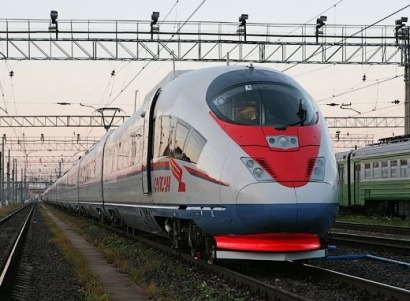 The news outlet says the trains are equipped with about 300 boilers that use biofuel pellets, and about 6,000 tons of bio-fuel is consumed each year.

Russian Railways is said to have plans to completely stop using coal in favor of bio-fuel pellets and electricity, wherever such a conversion is feasible.

An estimated 15 percent of Russia's railroads are not currently powered by electricity, and it is in those areas that coal has been widely used.

However, recent studies have shown the toxicity of the air within Russian passenger railroad cars is five times the admissible level when those cars are heated by coal.

Tags: Fuel ,Electricity ,Biofuel ,Oil
Add a comment
NAZA28
สูตรเซียน Betting on online is the best answer for the gambler.
เว็บ88
[url=http://www.zoom88.net/]เว็บ88[/url]Our website is ready to provide services that meet the needs of the players the most.
robinjack
Show our kids that you\'re man enough to face authority, tell the truth and face the consequences." -- Donald Hooton of Plano, Texas, who testified before Congress that his son, Taylor, a high school baseball player, committed suicide in 2003 after steroid use. how to buy oral and injectable steroids online
q
The best game website in Thailand, easy to bet, great price . ค่ายเกมส์สล็อต
123over
online games for real money Play anywhere and anytime, only at 123over. slot
naza
NAZA The number 1 online gambling web service provider with the most traffic
ค่ายเกมส์สล็อต
ค่ายเกมส์สล็อต website. In terms of providing world-class service
ss
Finally there is entertainment in your spare time, there are over 100 games to choose from.เว็บนาซ่า
789heng
Includes all leading online slots games. Real payouts for every game at 789heng only. baccarat
naza
แฮนดิแคป have every online betting you want to play
¡Suscríbete!
12 3 4 5
wind