Tuesday, 30 September 2014
0
Dan McCue
Southwest Airlines has signed an agreement to buy about 3 million gallons of renewable jet fuel a year from Red Rock Bio-fuels LLC, of Fort Collins, Colorado in the U.S. 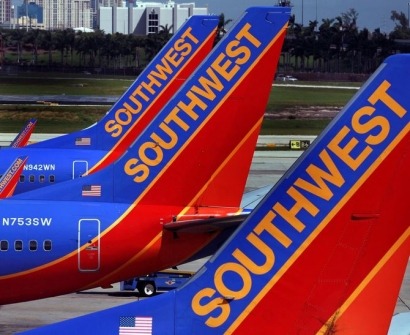 “Our commitment to sustainability and efficient operations led us on a search for a viable bio-fuel that uses a sustainable feedstock with a high rate of success,” said Bill Tiffany, vice president of supply chain at Southwest Airlines. “Red Rock Bio-fuel’s technology, economics, and approved use made entering into an agreement for purchase a win-win situation.”

The deal comes on the heels of Red Rock being named the recipient of a $70 million federal grant to help it build a $200 million refinery in the U.S. state of Oregon capable of producing 12 million gallons of bio-fuel annually.

The fuel will be made from woody biomass, a by-product of the timber industry in the Pacific Northwest. In addition to contributing to reduced carbon emissions, the collection of forest material is also expected to help reduce the risk of wildfires.

“From the outset, we have sought to build the best possible team of project partners.  A conversation we started with Southwest on the premise of providing renewable jet fuel at cost parity with conventional jet fuel has evolved into a great partnership.  We’re happy to help Southwest diversify its fuel supply,” said RRB’s CEO, Terry Kulesa.