Thursday, 29 October 2015
2
Dan McCue
The US Dept. of Agriculture  is partnering with 21 states through the Biofuel Infrastructure Partnership to nearly double the number of fueling pumps nationwide that supply renewable fuels to American motorists. 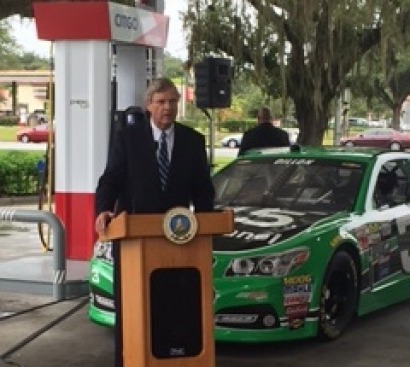 In May 2015, the agency announced the availability of $100 million in grants through the Biofuel Infrastructure Partnership, and that to apply states and private partners match the federal funding by a 1:1 ratio.

The agency received applications requesting over $130 million, outpacing the $100 million that is available. With the matching commitments by state and private entities, the BIP is investing a total of $210 million to strengthen the rural economy.

"This major investment in renewable energy infrastructure will give Americans more options that not only will suit their pocketbooks, but also will reduce our country's environmental impact and bolster our rural economy," said Agriculture Secretary Tom Vilsack.

."The Biofuel Infrastructure Partnership is one more example of how federal funds can be leveraged by state and private partners to deliver better and farther reaching outcomes for taxpayers," Vilsack continued. "The volume and diverse geographic locations of partners willing to support this infrastructure demonstrate the demand across the country for lower cost, cleaner, American-made fuels. Consumers will begin to see more of these pumps in a matter of months."

The amount awarded to each state is available here.

The final awards being announced today are estimated to expand infrastructure by nearly 5,000 pumps at over 1,400 fueling stations.

A typical gas pump delivers fuel with 10 percent ethanol, which limits the amount of renewable energy that consumers can purchase. The new partnership will increase the number of pumps, storage and related infrastructure that offer higher blends of ethanol, such as E15, E85, and even intermediate combination blends.

The agency's Office of the Chief Economist just released a comprehensive report on ethanol. The report, titled U.S. Ethanol: An Examination of Policy, Production, Use, Distribution, and Market Interactions, brings clarity to the complex interaction of ethanol production with agricultural markets and government policies. The corn ethanol industry is the largest biofuel producer in the country, with production increasing from about 1.6 billion gallons in 2000 to just over 14 billion gallons in 2014, stimulating economic activity in rural communities.

US Dept. of Agriculture

Tags: Fuel ,Biofuel ,Renewable energy ,India ,Storage
Add a comment
aliza
I wanted to thank you for this great read!! I definitely enjoying every little bit of it I have you bookmarked to check out new stuff you post.manifestation miracle for women
aliza
Rainer Bosselmann, Chairman and Chief executive officer regarding Argan, reported we tend to be very happy to help out with meeting your electrical energy calls for in the citizen. Camera Monitoring System In Pakistan
¡Suscríbete!
wind