Green Light for Renewable Hydrogen from Wastewater Project in Australia

Tuesday, 02 June 2020
0
Dan McCue
For the first time in Australia, a project is in the pipeline to produce low-emission hydrogen and graphite from sewage at a wastewater treatment plant. 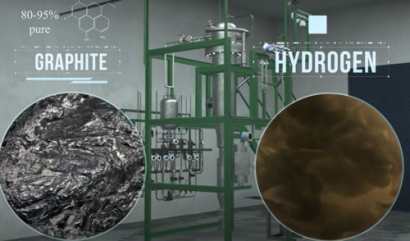 The Collaboration Deed provides for Hazer to construct the proposed plant at the Woodman Point site and covers the responsibilities of both parties during the development, construction and operation of the Hazer Process Commercial Demonstration Project at the site.

"Excess gas produced during the wastewater treatment process is currently burned off but this innovative technology will instead use it to create low-emission hydrogen and graphite.

"This will help decarbonize the Water Corporation's operations to further support its sustainability objectives, while generating additional revenue and staff training opportunities.

"I commend the Water Corporation for partnering with Hazer Group to facilitate this renewable waste-to-energy scheme," said Kelly.

The three-year operation at Woodman Point Wastewater Treatment Plant in Munster will produce around 100 tons of fuel-grade hydrogen and 380 tons of graphite each year, with the potential for expansion.

"Hydrogen is an increasingly important renewable fuel source, and this world-leading project will showcase our state's capability in the hydrogen industry through the commercialization of a technology developed right here in WA.

"The Hazer Group's project aligns perfectly with the McGowan Government's Renewable Hydrogen Strategy, set up to position WA as a major producer, user and exporter of renewable hydrogen,” commented MacTiernan.

The project is expected to create up to 20 new jobs and help sustain more than 100 others in the contractor and supply chain.

The technology capitalizes on the waste product of biogas - primarily composed of methane and carbon dioxide - which is released during the wastewater treatment process as solid matter (biosolids) breaks down.

While most of this renewable fuel is currently used to produce electricity for the treatment plant, the excess is usually burned off - now it will be converted into valuable materials using an iron ore catalyst.

The technology was developed at The University of Western Australia before being acquired by Hazer Group.

Hydrogen has a wide range of industrial and commercial uses, including vehicle fuel and chemical feedstock.

Graphite has potential for a number of industrial applications, such as the production of lithium-ion batteries, water purification and advanced materials.