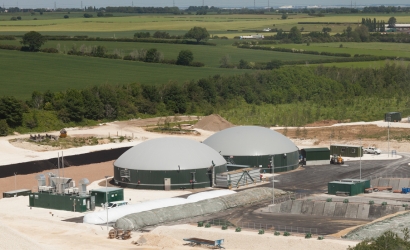 It is the latest diversification move by the historic firm, which was established in 1815 by mineral merchant William Singleton Birch.

PlanET Biogas, a German firm operating in the UK, is a leading biogas plant manufacturer.

The two companies previously worked together when Singleton Birch commissioned PlanET Biogas UK to build a plant at its site in Melton Ross. The plant was commissioned in March of 2014.

Commenting on the project at the time, Managing Director of Singleton Birch, Richard Stansfield, said, “Quarrying is a hugely energy intensive sector. In order to reduce the costs and limit our environmental impact we considered various options for generating our own energy. However, we were looking for something we could control and given our location in a largely agricultural area, using crops and on-farm waste to produce electricity seemed like the most logical solution“.

The project led to the establishment of a new Singleton Birch company, Birch Energy, launched in 2015.

Birch Energy has three Anaerobic Digesters in operation, with further projects in planning or at feasibility stage.

Martin Haworth, Singleton Birch Technical Director, said, “Our own biogas plants have demonstrated the strength and value of renewable energy and this convinced us it was an area we should be moving into.

“Although there are several hundred biogas plants across the country, it is a relatively new industry in the UK and there a number of opportunities for growth.”

The newly owned company will relocate from PlanET Biogas UK’s existing headquarters in Banbury to Singleton Birch’s North Lincolnshire base.

It will offer consultancy work for existing biogas plants on both a contract and project basis, including servicing and maintenance to optimize yield, improve performance, reduce downtime and ensure smooth running.

This service side of the business complements work already being done by Singleton Birch’s technical services division in the utilities sector where anaerobic digestion has been used in water treatment for decades.