New opportunities for biomass on horizon in Poland

Friday, 22 February 2013
0
Dan McCue
With Polish lawmakers considering what to leave out and what to include in a pending renewable energy bill, a new study suggests that they have good reason to support the proliferation of smaller mono-incinerators and the use of CHP biomass technology. 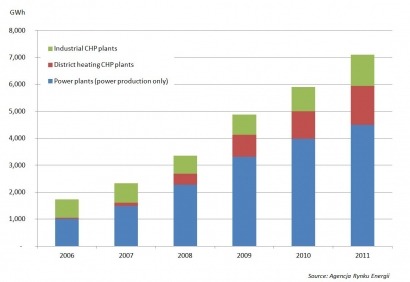 At present about 50 per cent of the Polish electricity from renewable energies is produced from biomass and almost a third comes from co-incinerating biomass in coal-fired power plants.

Adding supports for the alternative technologies will lead to new opportunities to develop projects at industrial locations that produce large amounts of biomass, says an analysis of ecoprog GmbH and local partners.

This large share results from Poland’s strong biomass potential and its large number of coal power plants. They generate about 90 per cent of Poland’s electricity. By using this existing infrastructure, Poland was able to significantly increase its share of renewable energies in just a few years.

As a result of the booming co-incineration in Poland, prices for energetically used biomass have almost doubled since 2006. This demand has led to an increasing import of biomass, for instance wood pellets from Russia or rapeseed meal from Ukraine.

The new Polish law on renewable energies will produce opportunities to develop new biomass power plant projects, for instance at locations of the wood or furniture industry. As the current support of co-incineration is strong, such locations have not played a role so far.

Only 11 biomass power plants are operational at the about 450 locations that produce large amounts of biomass and were analysed in this study. The largest plants are operational at the three large Polish pulp mills and they are also co-incinerators. The eight existing mono-incinerators at industrial locations are considerably smaller and they produce less than five per cent of the Polish biomass electricity.

The Polish parliament is discussing the new legislation. The large state-owned energy providers especially oppose decreasing subsidies for co-incineration. This blockade, however, will have to end soon as it is urgent to change the situation. The delay of the new law has resulted in temporarily slumping prices for renewable energies certificates. New power plants that were constructed with the new law in mind become operational. Nevertheless, old co-incinerators continue to produce, even though many of them should leave the market due to the announced legislative changes. This results in overcapacities and declining prices that affect the power plant operators themselves. The law on renewable energies is currently envisaged to come into force in the second half of 2013.