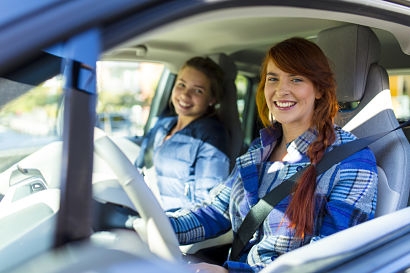 National Utilities intends to establish an EV charging network in Hungary in the near future with Fortum Charge & Drive providing the cloud-based SaaS solution (Software as a service) to administer and operate the network.

National Utilities is aiming to play a leading role in the Hungarian e-mobility sector. It intends to install 100 new chargers over the next few months and is currently working to identify appropriate locations for the stations. It also wants to cooperate with suitable hosts, such as fuel stations, municipalities, hotels, parking areas and retail outlets. The company wants to promote the uptake of EVs in order to reduce CO2 emissions and cut air pollution throughout the country.

“Hungary is an important country for enabling E-mobility in Central Europe, due to the fact that it shares a border with seven countries” said Michael Warner, International Sales Manager of Fortum Charge & Drive. “With this in mind it is important that an extensive network of charging stations is deployed in Hungary and operated by a professional operator.”.

Zoltán Alkér, deputy CEO of NKM National Utilities Ltd, added that beside the public chargers, the company would like to play a decisive role in the market of business and home charging and that, in cooperation with local governments of municipalities, a network – covering the entire country – can be established soon.

There are currently around 1,000 electric cars in Hungary. Electric cars with green registration numbers have been allowed to park for free throughout the Budapest area since the beginning of 2016. The Hungarian government plans to accelerate the expansion of the charging spots throughout the country since currently charging stations are concentrated in the area of Budapest and along the motorway between Budapest and Vienna.

The project named MEGA-E is selected and advised for co-financing by the European Union. The plan covers 322 Ultra-fast chargers and 27 smart charging hubs throughout 20 European countries, beginning with Belgium and including Denmark, Estonia, Finland, France, Germany, Latvia, Lithuania, Luxembourg, the Netherlands, Norway, Poland, Sweden and the United Kingdom. Allego would continue to develop charging networks in Central Europe and Fortum in the Nordic region through this project which is expected to be rolled out after financial closing in the first half of 2018.

MEGA-E would be based on an open infrastructure approach, intended to be accessible by every citizen and able to be used by different EV models. The idea is to combine multiple charging solutions at the same locations to meet different needs and speeds. According to Rami Syväri, VP Fortum Charge & Drive, this will be an important milestone for EV drivers and commuters in Europe.

Fortum Charge & Drive and Allego are aiming to become the first pan European movers to provide an integrated approach to connect metropolitan areas with a consistent charging network. The MEGA-E supports EU-wide goals to promote low-emission mobility and better quality of life for its citizens and builds upon the vision developed by the EU in 2009 when the Innovation cluster in the TEN-T/CEF program was developed. The project is among the first to implement this at a pan European scale. Further details about locations and location partners will be given at a later stage.