Tuesday, 13 August 2019
0
Robin Whitlock
Mitsubishi Motors in the UK continues to lead the way in the plug-in hybrid market with the UK’s best-selling plug-in hybrid electric vehicle, topping the sales charts in July with 436 units registered. 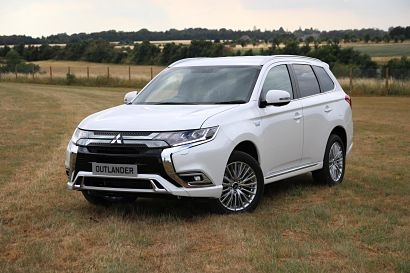 “It is very pleasing to see the Mitsubishi Outlander PHEV performing well and leading the way for the plug-in hybrids in the UK, especially in a time in which the plug-in hybrid market remains challenging” said Toby Marshall, Director of Sales & Marketing, Mitsubishi Motors in the UK. “Our customers continue to appreciate the cutting edge technology and real-world benefits of driving the Outlander PHEV with its long EV range contributing to a cleaner and quieter environment.”

The Mitsubishi Outlander PHEV is priced from £36,755 (OTR) and delivers 46g/km (WLTP) CO2 emissions and an official WLTP economy figure of 139mpg. A dedicated commercial version is also available from £25,113 (excluding VAT including the PiVG, VED and First Registration Fee).

The Outlander PHEV is the UK’s most popular plug-in vehicle. Revised in 2019, it now has a real-world EV range of 28 miles and achieves 134mpg (WLTP). A recent survey of Outlander PHEV customers reveals that half their average weekly mileage is driven in electric mode, with 68 percent charging at least once per day and 90 percent charging several times (2-3 times or more) per week. 83 percent would recommend an Outlander PHEV to family and friends and 25 percent say they are considering a pure electric vehicle for the next vehicle, making it a true gateway vehicle towards an all-EV future and an important step on the road to zero.