Thursday, 29 October 2020
0
Robin Whitlock
SEAT has started construction on a pioneering battery laboratory, located at the company’s plant in Martorell, Barcelona, as part of its commitment to invest in electrification. 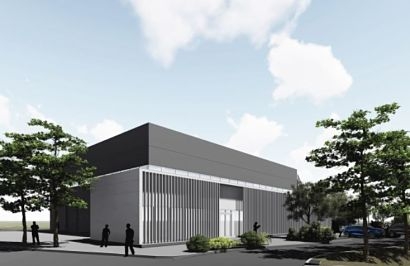 The 1,500 square metre Test Centre Energy (TCE) facility will cost over £6.3 million and be used to test and develop energy systems for electric and hybrid vehicles. It will become a one-of-a-kind in Spain and will feature test spaces to evaluate lithium-ion technology, medium and high voltage batteries and a range of different chargers. Plans also include several climatic chambers to enable batteries and modules to be tested under extreme thermal conditions to simulate environments a car may endure during its life cycle.

The pioneering laboratory will be among the most advanced of its kind and is part of SEAT’s £4.5 billion investment into R&D, as the brand continues to electrify its range and develop brand-new electric vehicles and technologies. The construction is due to be completed in April 2021 with a maximum testing capacity of 1.3 megawatts.

A workshop will also be setup to carry out simultaneous testing on up to six electrified cars to assess the performance of the energy system, functional safety and integration of functions. Artificial vision systems will also be incorporated into the instrumentation.

“We are very excited to announce the launch of this project” said Werner Tietz, SEAT Vice-president for R&D. “SEAT has been committed to the electrification of the company for years and the construction of this unique new Test Centre Energy in Spain is a firm step in this direction. This new battery lab will enable us to develop the energy systems of future hybrid and electric vehicles, thus contributing to the creation of sustainable electromobility.”

The new TCE facility will join the combined low, medium and high voltage battery lab built by the company in 2010. Over the past decade, SEAT has carried out national and international research projects and conducted over 2,000 test cases. This facility has two climatic chambers and a test power of 200kW.