Tuesday, 08 September 2020
0
Robin Whitlock
Research commissioned by Ford has found that the majority of UK consumers are confused by electric vehicle (EV) technology and therefore are not considering an electrified vehicle for a future purchase. 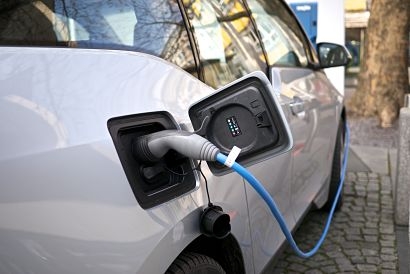 Electric vehicles currently only account for around 5 percent of total new car sales in the UK, and today’s survey highlights that there are still significant barriers to mainstream adoption. Chief among these is the apparent lack of appeal to consumers - nearly half (46 percent) of Brits said they don’t intend to buy an electric vehicle in the future, while a fifth (21 percent) say they will likely not consider an electric vehicle for the next 5 years. A further fifth (20 percent) said they will likely only purchase in the next 3-5 years.

The reasons for consumer hesitance to electrified vehicles are mixed, with range anxiety (37 percent), apparent lack of affordability (53 percent) and worries about where to charge (51 percent) being cited as critical deterrents.

But the survey also reveals that there is widespread confusion around the technology itself: only two-thirds (64 percent) correctly identified that an electric car electric is a vehicle that has one or more electric motors. Additionally, three-quarters said they are not confident in the difference between hybrid and battery electric cars, while nearly half (43 percent) say they don’t know enough about the technology to consider purchasing an electric or electrified vehicle.  In addition, 29 percent don’t think the average person is ready to change to battery electric vehicles.

In answer to this, Ford has created Go Electric, a consumer education roadshow which aims to demystify the questions people have about switching to electrified vehicles and address consumer concerns around hybrid and electric vehicles. The interactive experience is designed to teach consumers more about CO2 emissions, the future of local Clean Air Zones, vehicle charging methods and finding the right vehicle for their lifestyle.

To help Ford continue the electric educational journey ahead of it returning to the road later this year, technology presenter Georgie Barrat has filmed a preview of the experience. In an informative video she breaks down some of the most misunderstood phrases and answers some of the biggest questions on electric vehicles.

“Technology has always been something that excites me but I totally understand that not everyone is at the same stage on their journey” said Georgie Barrat. “For me, it’s all about making things easy for anyone to understand. There is no need for fancy language when something instead can be made simple to grasp. That’s why I was so excited to work with Ford on the Go Electric campaign and help make electrification accessible to everyone!”

Andy Barratt, Managing Director at Ford of Britain, added that while the move to electrification is gathering pace, there’s no mistaking that this is a huge task ahead that will require fundamental efforts to ensure consumers are taken on the journey, and the first step is understanding what their options are.

Beyond this, a range of stakeholders - including national and local government, energy providers and vehicle manufacturers - need to come together with a unified goal if the country is to meet the electrification challenge. Given the size and scale of what needs to be achieved in the UK, the process needs to be given a firm kick-start. A fast start could include the creation of a specific senior role in government to help coordinate a comprehensive electrification strategy for the UK – a ‘Minister for Electrification’ who can work cross-functionally across government and with the various stakeholders.

Ford said that it has always sought to democratise vehicles and technologies and now intends to do the same for electrification.