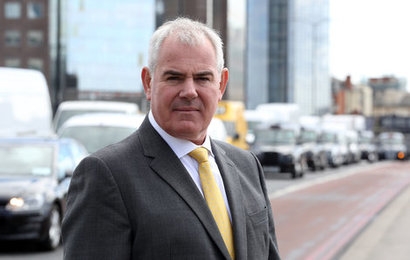 “Around 30 per cent of UK households don’t have off-street parking so that means that more than eight million potential buyers are unlikely to buy an electric vehicle unless it’s easier to charge in public places” said Tim Payne, CEO of InstaVolt. “We’re caught in a chicken and egg situation where people simply won’t buy an electric vehicle until the infrastructure is there. At the same time, companies are hesitant to install charging units until they know there’s a buoyant market to use them. People don’t fill up their cars with petrol or diesel each night – they stop in to fill up as and when they need to. We need to make it just as easy to do so with electric vehicles.”

Tim believes that building a network of rapid chargers at the roadside is the key to boosting use of electric vehicles in the UK.

“Research consistently shows that a fear of not being able to charge up is one of the biggest factors stopping people from buying an EV” he added. “When you couple this with the number of people who don’t have access to home charging, it’s a recipe for failure. If we can install rapid chargers at service stations, petrol forecourts and shopping centres across the UK, people will be much more confident in buying and driving electric vehicles.”

InstaVolt is set to install 3000 rapid EV charging units across the UK by 2020. Last month it signed a deal with Silicon Valley giant ChargePoint to purchase more than 200 of its electric vehicle rapid charging solutions. The units, which can add hundreds of miles of range in just 20 minutes, will be installed later this year, marking the first time the rapid charging systems will be deployed in the UK.

They will be strategically placed close to popular routes across the country, enabling drivers to easily charge their vehicles during long journeys. It will offer a pay-as-you-go service with no subscription and will be installed at no cost to the landowner.

Tim says that ultimately, the private and public sector should be working together to make the UK’s roads an easier place to drive an electric vehicle.