Friday, 18 October 2013
0
Robin Whitlock
A revolutionary concept developed by the company could improve the energy usage of future electric vehicles 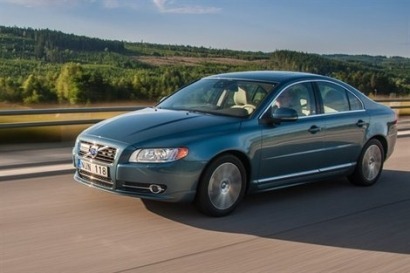 The project is part of an EU-funded research project involving nine other major participants with Volvo being the only car manufacturer. It identified a feasible solution to the heavy weight, large size and high costs associated with batteries seen in hybrids and electric cars so far, while maintaining power and performance. The project has now taken the form of car panels within a Volvo S80 experimental car and took three and a half years to develop.

The solution consists of a nanomaterial comprising carbon fibres and a polymer resin combined with new super capacitors. The carbon fibres sandwich the new battery and are moulded and formed to fit around the car frame, saving substantial amounts of space. The carbon fibre laminate is layered, shaped and cured in an oven while the super capacitors are integrated within the component skin. The material can then be used around the vehicle, replacing existing components, to store and charge energy. It is recharged and energised by the use of brake energy regeneration in the car or by plugging into a mains electrical grid. The energy is then transferred to the electric motor.

This new material charges and stores energy faster than conventional batteries while also being strong and pliant.  Volvo is currently testing two components, a boot lid and a plenum cover, within its S80 model. The boot lid is a functioning electrically powered storage component which is also lighter than a standard boot lid, thereby saving on both volume and weight. The plenum can replace both the rally bar, which stabilises the car in the front, and the start-stop battery, thereby saving more than 50 percent in weight while being powerful enough to supply energy to the car’s 12 Volt system. The complete substitution of an electric car’s existing components by this new material could, potentially, cut overall weight by more than 15 percent.