Friday, 14 December 2018
0
Emily Folk
You may feel used to stepping up to the faucet, turning the handle and immediately unleashing a steady stream of water, but that's not the case for many people around the world. For approximately 2.1 billion people — that's roughly 30 percent of the world's population — clean water to drink isn't a given. The World Health Organization (WHO) notes this is the number of people without instant access to safe drinking water at home, and the results of drinking contaminated water are catastrophic. 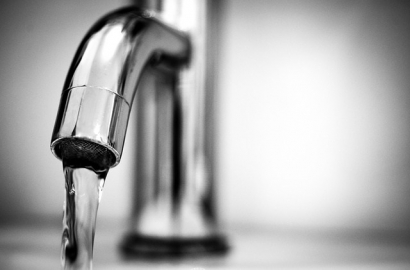 Without clean drinking water, disease spreads. And it hits those with compromised immune systems, such as children, harder than others. In fact, WHO also states that a whopping 361,000 children under the age of five die every year due to a common and seemingly innocuous complication of drinking contaminated water — diarrhea.

But there is a ray of hope. Renewable sources of energy could drastically reduce the amount of fresh water the world requires.

The Truth About Water Scarcity and Energy

While drinking water may be the main concern when it comes to the scarce natural resources available, the majority of fresh water on the face of the planet can't get consumed. Much of it goes toward the business of producing energy. Take, for example, a manufacturing plant powered by coal. That single plant enlists 427 gallons of fresh water per MWh to keep things running smoothly — that is, to prevent equipment from overheating. In fact, 40 percent of the freshwater withdrawn from sources in the United States flows into cooling power plants.

This number becomes even more shocking when you consider just how little of the earth's water is considered "fresh." Water may cover the majority of the planet's surface, but a mere 1 percent is unpollutable and portable. That's partially because much of it exists as ice. Now, consider that the U.S. already spoke for 40 percent of that water, and you'll realize why water scarcity and fossil fuel energy sources go hand-in-hand.

The Solution Is Solar

Here's the good news — there's a relatively simple solution if the world will get on board, and it's solar power. The proof exists in rural India, where a pioneering engineer designed a water filtration plant powered entirely by the sun's rays. Manik Jolly's solar-powered plant funnels some of that 99 percent unusable water into a system that transforms it into potable drinking water with a few steps, including reserve-osmosis filtration and UV ray filtration.

Although Jolly's plant is paving the way for new technology and approaches, it's not without its drawbacks. For example, reverse osmosis water filtration creates a lot of wasted water — which is still better than all wasted water, but not ideal. Other potential options include plants that desalinate ocean water, but this is more costly. No potential solution comes without several barriers, especially when it comes to cost, which is why water scarcity remains a problem in regions across the globe.

Innovators refuse to stop fighting for change, especially when it comes to the lives of innocent children who don't have access to clean drinking water. That's why a company in Dubai recently opened up a competition to the masses in search of a solution to this energy-water crisis. It's offering a million dollars to fund researchers' and innovators' potential solutions to the water crisis. More than 100 applications flowed in with ideas that could change the world — so this major issue could get solved within the next decade.

Think about it this way — equate all the available water, clean and polluted, to a single gallon. Using this comparison, a meager drop of water represents the amount people can drink. Of that one drop, 40 percent of it gets used by various manufacturers and power plants to cool their equipment. That leaves less than a drop for people to drink, cook with and water the crops that they eat.

The problem of water scarcity is not a small one. However, it's not an impossible one to solve, either. If the world embraces the potential of solar power, the sun could help filter and desalinate water, providing plenty for everyone to use — not just those who are lucky enough to turn on a faucet.