Monday, 23 July 2018
0
Emily Folk
When President Trump enacted his tariffs on imported solar panels, he reportedly aimed to make American-made panels more competitive against imported ones from China. While the move did give a slight boost to domestic solar manufacturers, it caused solar installers in the U.S. to pause or cancel around $2.5 billion in planned large-scale  installations1 as well as thousands of planned projects. 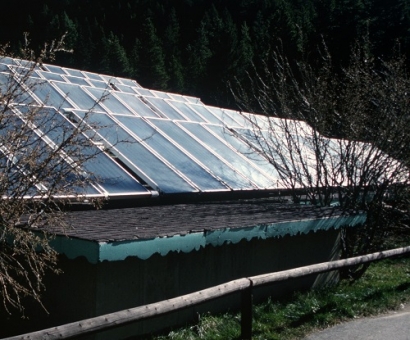 An anticipated drop in the price of Chinese solar panels could change all that and put the US right back where it was before the tariffs.

The Chinese government recently decided to cut its solar subsidies, which experts predict will cause an oversupply of panels in the country and, consequently, a drop in price. Bloomberg New Energy Finance (BNEF) has predicted a 34 percent reduction2 in the cost of multi-crystalline solar modules in China.

Since China is such a prominent solar panel manufacturer, this price drop will likely reverberate around the world.

This shift will decrease installation costs for new projects, especially large ones. It could effectively cancel out the tariffs the Trump administration recently approved.

BNEF noted, however, that new installed capacity likely wouldn’t be enough to replace the reductions in China entirely.

China recently announced plans to pause approvals of all new subsidized utility-scale solar plants and reduce its subsidies for solar generators. According to Wood Mackenzie3, this move could cause reductions of 30 to 40 percent in the amount of solar capacity installed in China.

Why did the Chinese government decide to pull back on its subsidies? It may be due to the subsidies’ growing costs as well as the fact that solar output has been growing faster than grid capacity in China, forcing solar facilities to decrease their output. Cutting back on subsidies is expected to slow the Chinese solar industry’s growth and help address both of these issues.

The changes may also force Chinese solar companies to become more innovative due to increased competition. China plans to require utility-scale projects to use competitive auctions to sell their electricity, which will likely bring down prices and help spread solar outside of China.

In the days following the announcement of the policy changes, solar companies saw their share prices fall by around 15 percent3.

Several Chinese solar farms, however, sent a letter to government officials4 following the announcement asking for a postponement of the policy changes. In their letter, they said they had large amounts of debt and needed continued subsidies to increase their competitiveness.

What Could This Mean for the U.S. Solar Industry?

In January, Trump imposed a tariff on imported solar panels and modules. The duty starts at 30 percent this5 year and will drop by five percent each year until its last year in 2021. The first 2.5 gigawatts of solar cells imported each year are exempt from the tariff.

Although it’s still early, signs point to China’s decision leading to lower costs for U.S. developers and a softening of the tariff’s impacts on U.S. installers.

First Solar Inc., which manufactures solar panels in the United States, initially benefited from the tariffs, as it made their products more competitive with imported ones. After China’s announcement, though, its stock price dipped6 due to the expectation that it will once again have increased competition from low-cost panels from overseas.

The tariffs initially caused trouble for U.S. solar installers who had to halt planned investments and even cut jobs as the costs of panels rose.

If China's new policies reverse this price increase, developers may once again be able to invest more in new installations and hire more workers. In theory, if prices fall back to pre-tariff levels, the policy shift could completely offset Trump's duty.

Installers may be hesitant, however, due to uncertainties about how both Trump and China will react to the changes.

How Will the U.S.-China Trade War Factor In?

U.S. solar installers are right to be wary. The U.S. and China are now engaged in an all-out trade war7 started by the tariffs on solar panels and a 20 percent tariff on washing machines imposed in January.

In July, the Trump administration imposed 25 percent tariffs8 on more than 800 Chinese goods worth approximately $34 billion. China quickly struck back and the U.S. is now preparing more duties.

The U.S. has reportedly already considered additional solar tariffs, but even if it doesn't target the Chinese solar industry directly with new duties, they could still impact the solar industry. If the U.S. restricts materials, industrial equipment or other products the solar industry relies on, it could increase costs for U.S. solar installers even further and may even impact solar manufacturers.

If we’ve learned anything from the January solar taxes, it’s that tariffs meant to protect one industry can have unexpected impacts on another. Changes in other countries and sectors can also counter even the intended effects.

How Will This Play Out?

Analysts predict if China sticks with the recently announced policy changes, lower prices will spread throughout the world, spurring increased investments in new installations. As the solar industry adjusts to these changes, it will likely face considerable amounts of turbulence. The uncertainty brought about by the escalating trade war between the U.S. and China complicates all of this is further.

Once the dust settles, though, we will likely see more new solar projects that can more easily compete with other energy-generation sources. BNEF has noted9 the dropping costs of solar, wind and battery technologies are already putting increasing pressure on fossil fuels. This shift will make solar even more competitive with traditional fuel sources.

This situation goes to show the growth of the solar industry is hard to stop. Even in the face of changing conditions, reduced government support and other issues, demand remains high and the technology continues to become more affordable.

Emily Folk writes on topics of sustainability, renewable energy and green technology. You can read more of her work on her blog, Conservation Folks.