Effectiveness of Solar Panels During the Winter Months

Wednesday, 23 December 2020
3
Emily Folk
When most people picture the optimal weather conditions for solar panels, their mind usually depicts a bright sunny day where the hotter the temperature, the better. While a hot, sunny day in the middle of summer will yield an adequate level of solar energy production, these are not the only days of the year where solar panels are working in favor of the home or business owner. 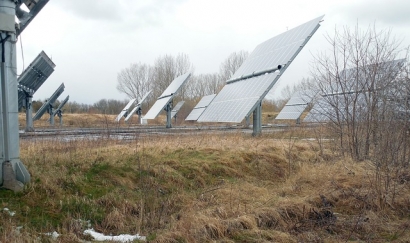 A widespread misconception is that solar panels are hardly effective during the winter season. Although it is true that the energy output of solar panels is at its peak when exposed to direct sunlight and UV rays, the temperature does not play a large role in the solar panel’s overall performance.

The winter months can also be the best time to install solar panels for home or business owners from an economic standpoint. The demand for solar panel installation is often at its lowest point during the cold winter months. However, the standard lower cost during the winter will undoubtedly attract a decent audience. Although the colder temperatures are not harmful to the solar panels themselves, it is important to be aware of the effect of cold weather on concrete if the base of the solar panels will need to be placed directly in the ground in front of a residence or commercial building.

Although cold weather will not have a negative impact on a solar panel’s performance, other factors such as snowfall could influence the total level of energy production. Even if you live in a region where snow is expected each winter, that doesn’t mean a solar panel won’t be effective. In fact, there are many cold weather climates where solar panels are quite popular. Ultimately the total impact will come down to the amount of snow that has accumulated on top of the solar panel. A light dusting of snow will not cause any significant disruptions as the sun’s UV rays can still penetrate through a small amount of snow until the wind clears off the panels.

Although the solar panels will usually handle the weight of heavier snowfalls, the production level may decrease if too much snow builds up. Solar panels are built at an angle to optimize for the intake of the sun’s UV rays, which also helps to reduce snow build up as the majority of snow can slide off or be easily removed. Many solar panels are installed with large frames around the edge, which can result in a larger accumulation of snow. If you live in a cold weather climate where snowfall is inevitable, it may be worth installing a solar panel without frames.

It’s no secret that the amount of daylight on a given day during the winter is a lot shorter than during the summertime. Although this does reduce the amount of time a solar panel is working at full efficiency, the amount of sunlight available in most regions is more than enough to make it worth the while. Similarly, with cloudy days, a solar panel is operating at a reduced efficiency, given that it is not under the contact of direct sunlight. However, the important thing to remember is the amount of sun that the panel will be exposed to throughout the year as a whole rather than on a given day.

Is the Energy Output of Solar Panels Worth It in the Winter?

When installing solar panels during the winter months, it is important to view it as an investment to reduce the overall energy consumption throughout the year. Even with the potential of a solar panel running at a reduced efficiency due to inclement weather and lack of sunlight, there is still a high demand for solar panel installation during the winter.

Emily Folk grew up in a small town in Pennsylvania. She has a passion for ecology and conservation and sustainability.

In high school, she discovered her other passion: writing. After graduating with a degree in Professional Writing, the most natural step seemed to be combining the two passions in one forum. Her goal is to help people become more informed about the world and how we fit into it.

Tags: Solar , Efficiency , Sustainability , Wind
Add a comment
Ashley
My name is Ashley Vivian, Am here to share a testimony on how Dr Raypower helped me. After a 1/5 year relationship with my boyfriend, he changed suddenly and stopped contacting me regularly, he would come up with excuses of not seeing me all the time. He stopped answering my calls and my sms and he stopped seeing me regularly. I then started catching him with different girls several times but every time he would say that he loved me and that he needed some time to think about our relationship. But I couldn\'t stop thinking about him so I decided to go online and I saw so many good talks about this spell caster called Dr Raypower and I contacted him and explained my problems to him. He cast a love spell for me which I use and after 24 hours, my boyfriend came back to me and started contacting me regularly and we moved in together after a few months and he was more open to me than before and he started spending more time with me than his friends. We eventually got married and we have been married happily for 3 years with a son. Ever since Dr Raypower helped me, my partner is very stable, faithful and closer to me than before. You can also contact this spell caster and get your relationship fixed Email: urgentspellcast@gmail.com or urgentspellcast@yahoo.com see more reviews about him on his website: https://urgentspellcast.wordpress.com/ WhatsApp: +1 (424) 330-8109
asd
Thanks for your submission. Another item is that just being a photographer includes not only problems in catching award-winning photographs but in addition hardships in establishing the best video camera suited to your needs and most especially struggles in maintaining the quality of your camera. This can be very true and obvious for those photography enthusiasts that are directly into capturing the nature’s eye-catching scenes : the mountains, the actual forests, the actual wild or even the seas. Going to these amazing places surely requires a digicam that can surpass the wild’s hard conditions. india matka
AASAS
Awesome and interesting article. Great things you\'ve always shared with us. Thanks. Just continue composing this kind of post. gridsome body class Thanks for sharing the post.. parents are worlds best person in each lives of individual..they need or must succeed to sustain needs of the family. body fitted grid This is a great inspiring article.I am pretty much pleased with your good work.You put really very helpful information. Keep it up. Keep blogging. Looking to reading your next post. crystal body grid I think that thanks for the valuabe information and insights you have so provided here. gridsome body class Thanks for sharing us. body fitted grid
pv